A youtuber, about the Balenciaga parade: «The models walk as if someone owes them money»

The New York Stock Exchange became a runway last Sunday for the presentation of the new Balenciaga collection. 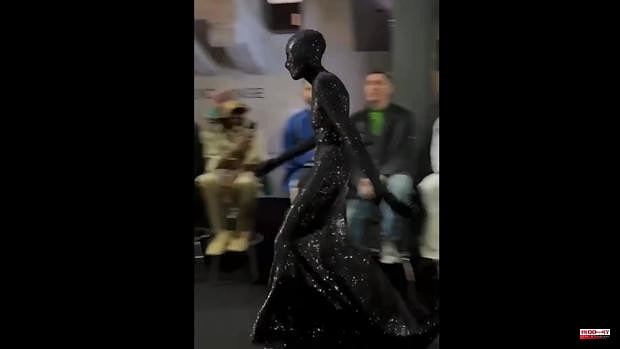 The New York Stock Exchange became a runway last Sunday for the presentation of the new Balenciaga collection. The Georgian designer chose this setting to present his new proposal full of fetishism and contrasts. One of the most striking aspects was the lack of identity of the models, who covered their entire bodies with black latex jumpsuits.

Although the parade was a complete success, there were also jocular comments about the style of the mannequins, which caused a great impact at first glance. Nathan, a youtuber with more than 14,000 followers on Twitter and Instagram, wanted to make an assessment about it: "All the Balenciaga catwalk models parade as if someone owed them money," he wrote on his Twitter profile, sharing a moment of the parade in the one where the models are seen walking briskly in the flashy outfits.

The comment quickly went viral with more than 170,000 likes and 23,000 retweets. Given the repercussion of the message, the author clarified that beyond the masks and the curious parade style, the clothes were fine in terms of design and style. However, this nuance did not achieve the same impact.

Three types of garments were presented at the parade: the classic suits and jackets, the most elegant at night and another sporty in collaboration with Adidas.

Just a few weeks ago, the designer made headlines again after presenting completely worn sneakers for 1,450 euros. They're called Paris High Top Full Destroyed and, as the name suggests, it mimics a "shattered effect." On the brand's website they explained that among its characteristics is its manufacture with "completely worn cotton and rubber", "tears throughout the fabric" and having a "vulcanized sole". Despite the appearance of the garment, its sale skyrocketed, leaving the web without stock.

1 Ángel Schlesser, National Fashion Design Award 2022 2 Bronzing powders: how to apply them correctly to achieve... 3 Acrylic or gel nails: how they differ and which one... 4 Queen Letizia skips protocol and dazzles with one... 5 The 'eurovision' style of Chanel Terrero,... 6 This is Chanel Terrero's suit in her performance... 7 Other uses of Botox, beyond correcting wrinkles 8 Queen Letizia rescues her favorite summer skirt from... 9 Rebel Wilson's Secret to Losing 80 Pounds and... 10 Balenciaga puts on sale for 1,450 euros some shoes... 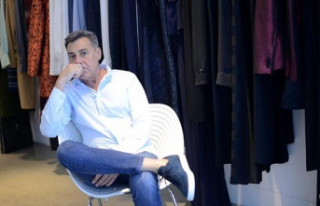