The Alcalá Subastas hall in Madrid today put up for sale 'Appearance of the Virgin of Pilar to the Apostle Santiago and his disciples' (107 by 80 centimeters), by Goya, dated around 1775. 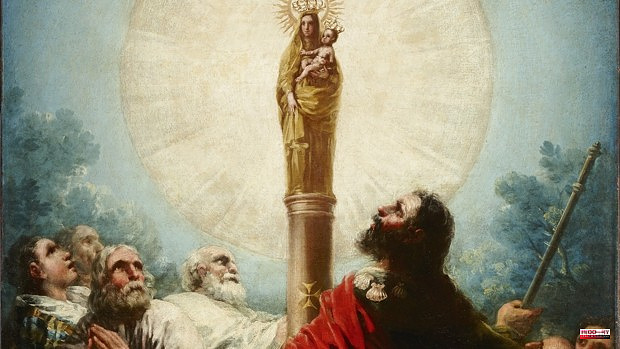 The Alcalá Subastas hall in Madrid today put up for sale 'Appearance of the Virgin of Pilar to the Apostle Santiago and his disciples' (107 by 80 centimeters), by Goya, dated around 1775. Its starting price was 2 million euros . According to sources in the room, the painting had generated a lot of expectation and both representatives of institutions and private collectors had come to see it. But finally it has not found a buyer.

It is not a discovery, because this oil on canvas, which is in a good state of conservation, is already an old acquaintance and is perfectly documented. In 1951 the Marquis of Lozoya published the work in his article 'Two unpublished Goyas on religious themes' and, since then, it has been included in specialist publications such as Pierre Gassier, Juliet Wilson-Bareau, José Gudiol or Camón Aznar, among others. .

In 2012 he was part of the exhibition 'Goya and the Infante Don Luis: the exile and the kingdom' at the Royal Palace of Madrid, curated by Francisco Calvo Serraller, after passing through the Prado restoration workshops. From 2013 to 2018, the painting was exhibited at the Goya Museum in Zaragoza on a loan basis. It belonged to the Rosillo Collection and, by descent, to a private collection in Madrid, current owner.

The Goya is inexportable. The Community of Madrid initiated the file to be declared an Asset of Cultural Interest, but its owners decided to take it to Zaragoza for five years. When leaving the Community of Madrid, the file remained unfinished. But since the file began to be opened, the work was already protected and could not be exported. On the website of the auction room it already appears as BIC, although other sources assure that it will be in a few days.

In 2011, and thanks to the request for a temporary export permit, the Caylus gallery in Madrid exhibited it at its stand at Tefaf, the Maastricht art fair (Holland). He then had an estimate of between 4 and 4.5 million euros.

The Ministry of Culture exercised its right of first refusal in this same room in 2003 with two other works by Goya, which the State acquired for the Prado for 1,750,000 euros each: 'Tobías and the angel' and a 'Sagrada Familia'. They were also of religious theme and equally inexportable. In addition, this same room has sold some letters from Goya to Martín Zapater to the Prado.

As a good Aragonese, Goya painted the Virgen del Pilar on several occasions: a small canvas from the Zaragoza Museum and a drawing from the 'Italian Notebook'. He was commissioned to decorate the vault of the Coreto del Pilar in 1772. Rogelio Folgueras, president of Alcalá Auctions, emphasizes that he is “an impressive Goya, very chromatic, of tremendous strength and visual impact. And his authorship is incontestable ». It is related to some of the painter's tapestry cartoons, but it is not known if he painted it in Zaragoza.

The painting is described as follows on the Alcalá Subastas website: «In the work we are presenting, Goya places the Virgen del Pilar in front of a great supernatural halo that illuminates the scene in the center of the composition and surrounds it by the apostle Santiago and his disciples. The apostle dressed in a tunic and cape of bright colors in green and red with the pilgrim's staff and the scallop shells and the disciples with dull chromatic clothing. Stunned and surprised expressions dominate the scene. A young man to the left of the composition, who by family tradition is identified with the painter, and dressed in eighteenth-century fashion, contrasts with the age of his disciples. All framed with some trees in the background that prelude the Goyesque landscapes of the cartoons. From a technical and chromatic point of view, based on vivid and luminous tones, we can relate our work to the cartoons with hunting and fishing themes for the tapestries destined to decorate the Royal Site of San Lorenzo de El Escorial».

1 A video shows dozens of immigrants piled up by Moroccan... 2 Vox denounces in the Cortes that they have entered... 3 The vice president of the Generalitat Valenciana de... 4 These are the cheapest hours of electricity this Saturday,... 5 The EU will present a common emergency plan in July... 6 Borrás and Franceschi from Menorca lead the Spanish... 7 «Platoon», just three points behind «Quantum»... 8 Uriarte wins the Athletic elections, which will be... 9 Vetusta Morla makes a (almost) full Wanda vibrate... 10 5 Facts About NYC Smart Home Market 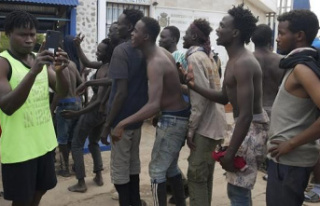 A video shows dozens of immigrants piled up by Moroccan...