With 10,000 demonstrating in Algiers against Thursday's presidential election

Five candidates are standing in Thursday's ballot in the Algeria. They are all children of the regime, says the protest movement. A minority have voted in th 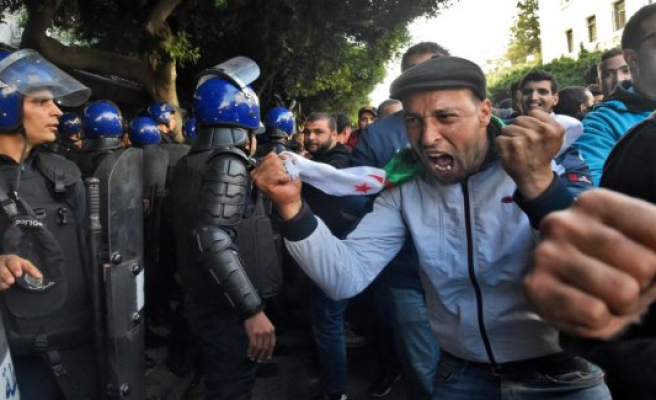 Five candidates are standing in Thursday's ballot in the Algeria. They are all children of the regime, says the protest movement.

A minority have voted in the presidential election in Algeria on Thursday night, has closed the polling stations. According to the head of the electoral commission, Mohammed Sharafi, 25 percent voted in 17 of the country's provinces.

While a few went to the polls, a total of 10,000 protesters on Thursday afternoon in the Algerian capital, Algiers, to protest against the presidential elections.

They see it as an attempt to continue the deposed leader Abdelaziz Bouteflikas authoritarian regime.

There have also been reports of demonstrations in other places, including the eastern cities of Bejaia, Tizi Ouzou and Constantine, writes dpa. Two persons are according to the independent algerian newspaper al-Khabar injured in connection with the demonstrations.

the Police have up to the elections on Thursday, with the power taken action against the demonstrators who for ten months at the weekly mass protests have demanded the old regime devoted to the benefit of democracy.

Protesters call Thursday's elections an attempt by the regime to cling to power.

All 61.000 polling stations in the country opened at 8 o'clock. An eyewitness reported earlier in the day, that two polling stations were vandalized in the city of Bejaia, in the mountainous region Karbylien in northern Algeria.

There stood five candidates on the ballot. But they were all rejected by the opposition as "children of the regime" under Bouteflika.

Bouteflika was forced from power in april, two months after the big weekly demonstrations began. They have been repeated ever since.

"How can we trust those who betrayed the country and helped Bouteflika", stood on posters during a demonstration in the capital on Wednesday. Here reaffirmed the organizers in their appeal to boycott the elections.

the Polling stations closed at 19. The preliminary election results are expected on Friday, while the official first expected at the end of december.

no matter who of the five candidates who win, he / she will have difficulty being accepted by most of the algerian citizens as the country's rightful president.

1 Bolivia's Morales seeks asylum in Argentina 2 Extremely coordinated terrorist attack: Arrested in... 3 House is an creative bombemistænkt: 'Suddenly he... 4 The Danish business waiting for cheaper goods from... 5 Helle Thorning's husband regains his seat in the house... 6 Poland stands in the way of total signal to be climate-neutral... 7 Christmas markets ensured against terror – get a... 8 Three terrorsigtede imprisoned on suspicion of bombeplaner 9 The police deliver six equal from the volcanic island... 10 Bræksyg Malmö-dane sent suppository to FCK 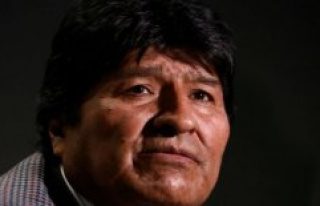