The world's best dartspillere will compete in Denmark

Stars such as Michael van Gerwen and Gary Anderson are expected to attend, when played darts in the Forum in 2020. A number of the world's best dartspillere 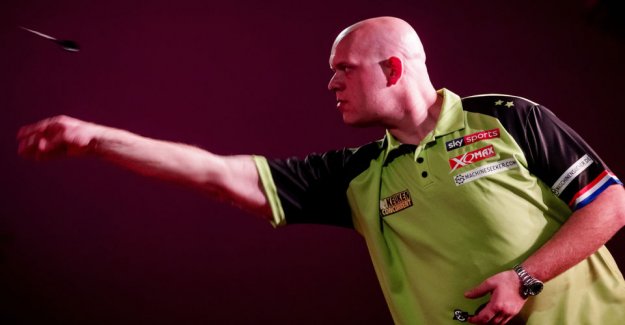 Stars such as Michael van Gerwen and Gary Anderson are expected to attend, when played darts in the Forum in 2020.

A number of the world's best dartspillere coming to Denmark next year, when the Forum in Copenhagen is the host of the Nordic Darts Masters.

this was stated by The Nordic Entertainment Group, who has the tv rights to the competition.

The defending world champion Michael van Gerwen, as well as top players such as Gary Anderson, Rob Cross and Peter Wright are expected to attend.

- I love Copenhagen, and I look forward to participating in the Nordic Darts Masters in June 2020. I have played in Denmark before, so I know how much Redwin the danes appreciate good sport as well as, a good party.

- This tournament is going to offer both, and I will do anything to get my hands on the trophy, says Michael van Gerwen.

Nordic Darts Masters will be a part of the World Series tournament.

Eight top players from the PDC (Professional Darts Corporation) shall, in Forum compete against eight players from Scandinavia.

Which was settled on the PDC European Tour events in Copenhagen in 2018 and 2019.

the other Two locations have also been confirmed as a part of the World Series.

The case of U. S. Darts Masters, to be held in Madison Square Garden in New York city, as well as the NZ Darts Masters, played at the Claudelands Arena in Hamilton in northern New Zealand.

Michael van Gerwen and the other stars takes soon hole on the WORLD cup of darts, which begins 12. december and lasts until 1. January 2020.

1 The police warns before Black Friday: 'it's only gone... 2 Pregnant woman with scarf kicked in the head 3 Mærsks kassemester says up after under a year in... 4 Priest: We have completely misunderstood why we are... 5 The Danish medicines agency draws over 300 aeds back 6 So you it also? Mysterious blue light in the sky causes... 7 After the racism accusations during the battle: Now... 8 Injured agüero, as can the cats ' upcoming Manchester... 9 The EU countries will pave the way for the EU-Commission... 10 Israel, show director of the human rights group HRW The police warns before Black Friday: 'it's only gone...