The danes feared the damage against the unorthodox WORLD cup opponent

to Be the unconventional movements and wild tackles created nervousness on the Danish team. All danes are dropped from the WORLD cup-the premiere without last 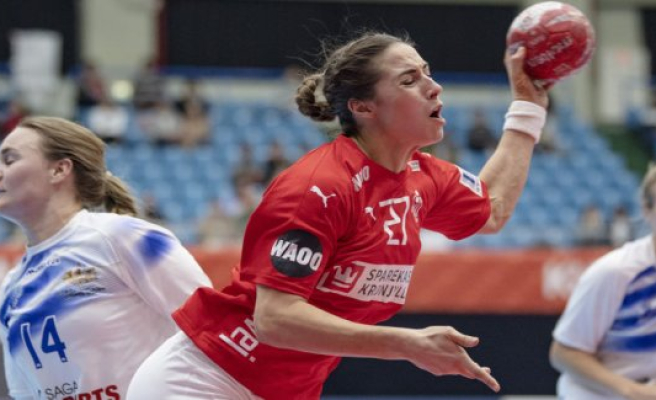 to Be the unconventional movements and wild tackles created nervousness on the Danish team.

All danes are dropped from the WORLD cup-the premiere without lasting harm, but the players had nervous twitches along the way towards the 37-12 victory over Australia.

The australian opponents moved so unconventional and slowly, that they inadvertently made several violent tackles.

- The hardest part in such a battle is to avoid being injured, says stregspilleren Kathrine Heindahl with a laugh.

- They are accustomed to a different pace and had a few nasty tackles along the way. I did not feel that they would be svinske, they are just not better, and it was a little clumsy. But we managed to weather through, she says.

eight times and had an aussie to cool for two minutes, typically because they moved their feet too slowly and came too late with tacklingerne.

Experienced Louise Burgaard acknowledges that it was a different experience.

It was strange. They were a little unorthodox and had some funny movements.

- the VM used to be really hard, and all of the teams tend to be good. I think that Australia is the tournament's worst team, says Burgaard.

to make the WORLD cup-the premiere for a strange spectacle was that the danes spent a large part of the fight in their own defence.

the Australians played slowly and with very long attack, and at the other end have the Danish players don't have to strain himself tremendously in order to get through.

- It was a little confusing. I think, that we stressed about how much space there was in their defense. And in between, I do not believe completely, they were aware what they were doing, says Mie Højlund.

- But we are happy here afterwards. All came from the track with some good actions, determines Odense-player, who even contributed with four scores.

1 Klavs Bruun took the talk with the assistant: Has... 2 Namibian ruling party goes back but keeps the power 3 The first overpass is the latest sign of Russia and... 4 Kasper Dolberg to find again the path to the goal... 5 No one asked about the undertaker: Forgotten corpses... 6 Kendiskok leave the failing empire 7 Landsholdsspillers big dream came true: 'I am not... 8 New victory for Mourinho - Eriksen benched throughout... 9 National team player showed no mercy: 'It is a team,... 10 Slippery roads and freezing rain can overrumple drivers Klavs Bruun took the talk with the assistant: Has...