The former professional cyclist Jimmi Madsen will be examined by the Danish and the Norwegian cycling federation and the Danish sports Federations for violations of a then 22-year-old cyclist by the name of Anita Stenberg.

the 50-year-old Jimmi Madsen confirms according to the newspaper the incident.

- I have said sorry. Yes, yes, yes, I have, " says Jimmi Madsen to Ekstra Bladet.

the Violation took place barely five years ago in a hotel for cyclists in connection with a seksdagesløb in Berlin, where the Norwegian Anita Stenberg also participated.

Jimmi Madsen was in Berlin with another former champion in the person of Michael Sandstød to attend the course in private.

Late in the evening - as the parties had gone to bed wrote Jimmi Madsen a series of messages to Anita Stenberg on Facebook Messenger, where he offered her oral sex, which in Stenberg rejected.

According to both Stenberg and Madsen were the two not involved in a relationship with each other.

Stenberg says to Ekstra Bladet that she has feared to stand up, because Madsen, as co-organiser of the copenhagen seksdagesløb have been able to determine, who participates, and he is also a board member of the Danish Bicycle Club, where Stenberg trainer.

Here comes the case does not have implications for Jimmi Madsen, because it happened five years ago, says the chairman of the board Bjarne Kratholm to Ekstra Bladet.

- it Had been fresh, had we also excluded Jimmi Madsen. It is no doubt, says the president of the Danish Bicycle Club to the newspaper.

1 Prosecutors want the maximum punishment for supporting... 2 Maersk has embarked on a global round of layoffs 3 TV 2 raises prices: 'I have said the shit up' 4 Danish Hammarby-captain hoped he would play with Zlatan:... 5 Previous FCM-coach sentenced: Sent penisbilleder for... 6 UFC star has got the tragic message: 'They are broken' 7 28 are killed by soldiers under the new, large-scale... 8 China threatens response to new us-Hong kong law 9 Game! Dramatic firing caught on camera 10 The teacher-coach before topbrag: Everything must... 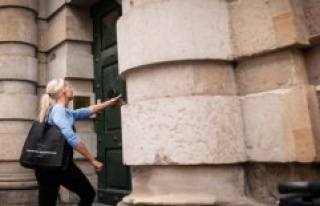