Core subjects are shot in to the corner at this year's climate talks, COP25. The EU will have a crucial role for the success in 2020. Several key issues have 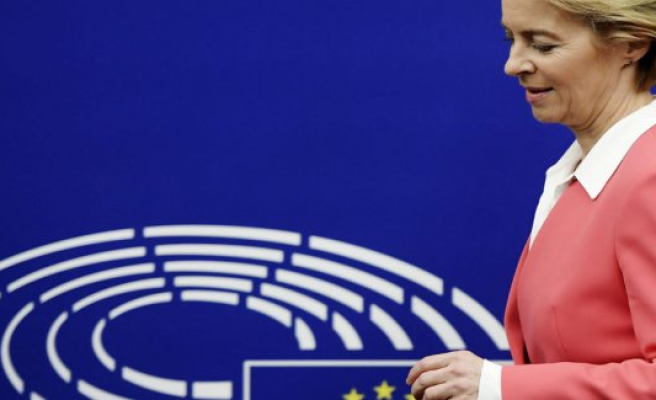 Core subjects are shot in to the corner at this year's climate talks, COP25. The EU will have a crucial role for the success in 2020.

Several key issues have been postponed after the united nations climate change conference, COP25, which was completed on Sunday afternoon.

One of them was the question of how to reduce the emission of the harmful klimastoffer such as CO2 and methane.

the Negotiations have so far deferred to the COP26 in Scotland in 2020.

But there must be no chance that it succeed to reach an agreement at the climate meeting next year, the EU will play a crucial role.

It says Troels Dam Christensen, who is head of secretariat at the 92-group, which is a collaboration between the 23 environment and development organisations.

- It requires the countries decides to come with climate plans. And that the EU is a key player, he says.

As part of the treaty of paris as of 2015, decided the world's countries, that national climate plans should be reviewed every five years in an attempt to limit the global temperature rise to 1.5 degrees.

With national climate plans, there is today, there will be a global temperature rise of more than 3 degrees, assesses the united nations.

- the EU is one of the richest landeblokke that can go in front at the moment.

- it is important, Therefore, that the EU comes with its own target for 2030 to the right early in the year and then for example, can engage in a dialogue with China and India together, they go forward and raise the level of ambition, says Troels Dam Christensen.

Question: What causes you to believe that other countries will follow, when the EU publishes a climate change plan?

- There is no guarantee that the countries do it. This is, after all, a voluntary regime. And the US will be enough not to implement it (as long as Donald Trump is the president, ed.).

But other countries such as China have actually reached a realization that one must do something more. The question is then, how much they will make, and that they're going to look at the EU, says Troels Dam Christensen.

the EU Commission announced Wednesday of this week, that the summer will present a plan for the EU's 2030 targets. It will contain the proposal for an objective on the reduction of greenhouse gases of between 50 to 55 percent.

1 Greta Thunberg revealed by the rail networks 2 Profiles stops in south Jutland 3 B. T.'s Formula 1 expert: Here is the judgment of... 4 Spanish epa are disconnected after naziråb 5 AGF is victorious in topbrag after lyncomeback 6 Johnson rumoured to be ready to punish the BBC after... 7 Here are the most popular firmajulegaver 8 AGF-coach after the victory in Herning, denmark: the... 9 145.000 pieces of dangerous fireworks removed before... 10 FCM-coach after the defeat: It must be fuel