Lebanon's president has appointed Hassan Diab, who is supported by the Hezbollah movement, as the prime minister. Troubled Lebanon has Thursday got a new pri 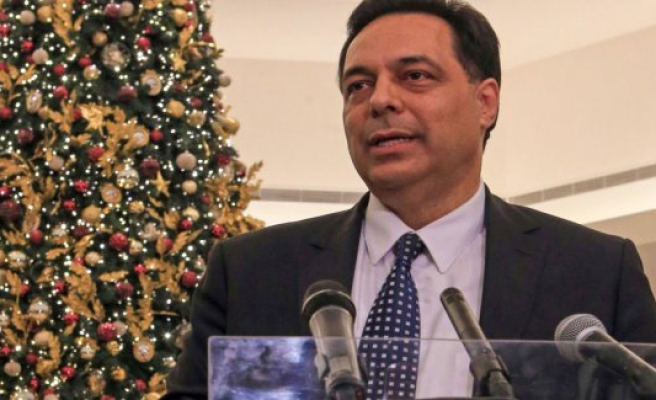 Lebanon's president has appointed Hassan Diab, who is supported by the Hezbollah movement, as the prime minister.

Troubled Lebanon has Thursday got a new prime minister who will try to bring an end to the political crisis, which is the last, barely two months have crippled the country.

Lebanon's president, Michel Auon, appointed Thursday, the relatively unknown professor Hassan Diab, who is supported by the Hezbollah movement, to the post.

Diab will replace Saad Hariri, who goes as prime minister following months of nationwide demonstrations and the worst economic crisis in the country since the civil war from 1975 to 1990.

the 60-year-old Diab is relatively unknown in the public. Previously he has been minister in the government, and has held a number of academic and administrative positions at The American University in Beirut.

Diab promises quickly to form a new government, which should pull the country out of the economic crisis.

- I will work hard to form a government as soon as possible. All our forces must be used to stop the economic collapse and restore confidence, he says, according to news agency Reuters.

in Addition, he promises that he will listen to the protesters ' demands.

Diab is not affiliated with a particular political party.

However, in line with Lebanon's political system is he sunnimuslim, as it is required, that the prime minister should be.

According to the system president must be christian, while the head of the national assembly shall be shiamuslim.

He took the post of minister of education between 2011 and 2014, after the former prime minister Hariri's government had been deposed by Hezbollah and its political allies.

Several political commentators say that the history can now repeat itself.

- The next government will be dominated by Hezbollah, without political protection from Hariri or the sunnis, says Imad Salamey, a professor in politics at the Lebanese American University.

It remains to be seen how many protesters in the country responds to the designation of Diab as the country's new prime minister.