Germany surprises to the Netherlands in Denmark's WORLD cup-group

Germany leads Denmark's group in the mellemrunden after the victory over the Netherlands at the women's handball WORLD championship. Germany has taken the l 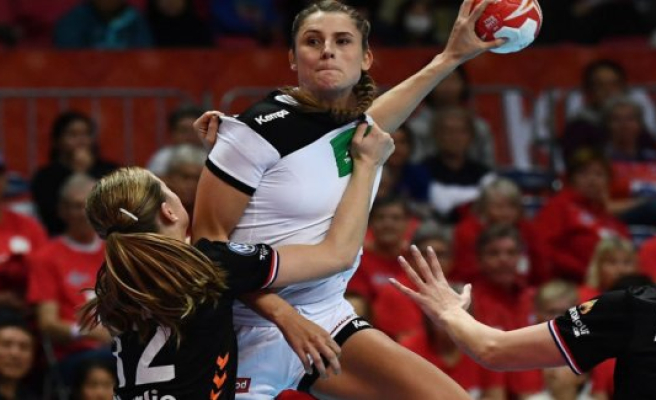 Germany leads Denmark's group in the mellemrunden after the victory over the Netherlands at the women's handball WORLD championship.

Germany has taken the lead in Denmark's group in the mellemrunden at the WORLD cup in western christianity and most.

It came to pass, when the germans surprisingly defeated the Netherlands in their first match in the mellemrunden.

Germany came up on the five points for three matches, while the Netherlands will be at the four points, which the team took from the initial group stage.

the Germans were on top in the battle's first phase and was soon at 4-1. The netherlands, who both are defending bronzevinder at the european championships and the WORLD cup, worked his way back and came in front 11-8 before the lead shrank to 12-11 at the break.

Anyway, Holland was about to come back. With the reduction to the 22-24 the excitement was back, and Estavana Polman had the chance to score to 23-24, but missed with two minutes left.

instead scored Germany 25-22, which was the decision.

Earlier on Sunday won the Serbia of south Korea, as both have two points.

Norway and Denmark have, respectively, two and one point in the meeting, which starts at 12.30 on Sunday.

1 Celebrity barometer: 'The biggest disappointment in... 2 Trump-trouble in Copenhagen - cancels at the last... 3 Woman get bad hand injuries from thrown firecrackers 4 Klavs Bruun let the key stay at home: 'In advance,... 5 B. T. s håndboldkommentator: It is a serious impairment... 6 Follow the nordic WORLD cup-bang LIVE: the Attack... 7 Man assassinates two cops following a christmas party... 8 Bayern coach after the new defeat: the Situation is... 9 Police arrest man after the racism in the Manchester... 10 Man arrested for racism against Manchester United... Celebrity barometer: 'The biggest disappointment in...