Dutch court: State, do not help children from the ICE 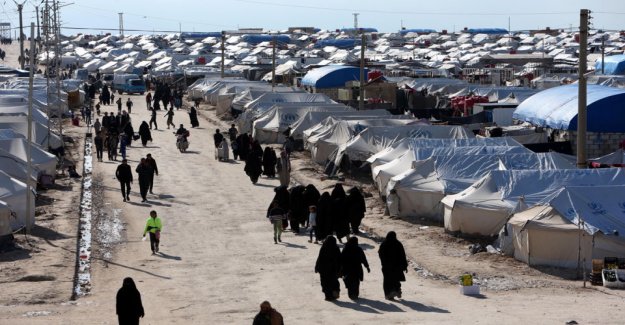 The Dutch state is not obliged to actively help to get brought home to the children of IS-women.

The Dutch state is not obliged to accept back the children of parents from Islamic State, says Friday in a decision from an appeals court in the Hague in the Netherlands.

- the State is not obliged to actively help to get brought home to the children of women who left Holland and joined Islamic State in Syria, says the court of appeal, which, with the judgment overrules a lower court.

A lower court said in a decision earlier this month that the Dutch government actively must help to bring home to 56 children, living in squalid conditions in camps in Syria.

It was the Dutch government, which appealed against a judgment on for example the repatriation of the children of Dutch mothers have joined the militant group.

- the Children can not be held responsible for their parents ' actions, how serious they might be, it sounded in the lower court's decision.

by Contrast, the women were "conscious of the crimes IS committed, and must be brought to justice", stated further in the judgment.

Lawyers for the 23 women who travelled from the Netherlands to Syria to be a part of the ICE, had asked the court to take a position in the case. Jojobet

the Dutch government says that the court has not taken into account diplomatic considerations in connection with the decision.

According to the lawyers live, the mothers and their children during the "terrible conditions" of the notorious al-Hol camp in northern Syria.

Here held not fewer than 68.000 prisoners of the ICE warriors and their families, the Red Cross has previously stated.

Dutch authorities have said that it is too dangerous for the Dutch representatives to take into the camp and find the Dutch women and children, in order to fetch them home.

In October estimated that the Dutch intelligence service, that 55 militants have travelled from the Netherlands to join Islamic State in Syria.

In 2017 was adopted by the Dutch parliament adopted a law, which gives the opportunity to take the citizenship from persons who have joined themselves to the ICE.

so far, it has resulted in 11 persons have been stripped of their Dutch citizenship. The authorities are considering, according to the Dutch media to take it from about 100 other./ritzau/Reuter

1 Stena Line-workers are 16 people behind in the truck... 2 Judge jails five after the mysterious police action... 3 See the awkward moment: the Duchess Meghans stuff... 4 Expert in the body language of prince Andrew's controversial... 5 The queen dropping real fur 6 Prince Andrew denies sex with Epsteins 'sexslave':... 7 Countess Alexandra of life as alenemor: My children... 8 19 doctor's visits were not enough – See sandra's... 9 Municipality in the roar: the Paid for private bridge 10 Leif said no to surgery for colorectal cancer - it... 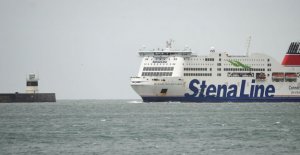 Stena Line-workers are 16 people behind in the truck...