Do wood, iron or concrete? The dispute on the cover of Notre Dame is still open

The debate on what is the best way to repair Notre Dame, if you must bet on a reconstruction identical to how it was or take advantage of to innovate both in st The debate on what is the best way to repair Notre Dame, if you must bet on a reconstruction identical to how it was or take advantage of to innovate both in style and materials, began nothing more to know that the cathedral of paris was burning, the afternoon of April 15, and has not been closed yet. Still it is far away from the time that you can begin even at that stage —the phase of consolidation and to ensure the structure still will take several months— but the first controversy around the cover, has already erupted.

For the National Council of Architects (CNOA), the organization brings together nearly 30,000 architects in France, the best solution would be to rebuild the deck with the same material, which endured eight centuries: wood. So he defended the vice-president of the CNOA, Eric Wirth, during a hearing at the National Assembly of the parliamentary mission that was established last summer to oversee the application of the law of July 29 “for the conservation and restoration of the cathedral Notre Dame de Paris" which regulates first of all the public funds and donations intended to rebuild the iconic gothic temple.

“The material is more modern, more eco-friendly today, is wood, which stores carbon,” said Wirth to mps on Wednesday, as reported by the Agency France Presse.

The original cover of Notre Dame, one of the cathedrals oldest of the gothic style in the world, whose construction began in 1163, he walked through the main hall and was made of wood. It was also of wood, of oak, the base of the beams that propped it up, and it was popularly known as “the forest”.

In the past days, some media claimed that it was already decided that the reconstruction of this key part of the cathedral would be done in oak, like the original. However, the general Jean-Louis Georgelin, appointed by the French president, Emmanuel Macron, as director of the public institution in charge of supervising the works of Notre Dame, categorically rejected Sunday the information.

“it Is said that he was determined, and it is not the case,” said Georgelin, at a meeting with journalists of various media and relayed by the chain CNews. The military, which since April has been responsible for monitoring the progress of the works of the cathedral directs the architect of Notre Dame, Philippe Villeneuve, considered that such information could have its origin in a “lobby extraordinary of the wood”, but said that still does not rule out any other option.

as will happen with the spire of the cathedral was completely destroyed during the fire, before deciding how to rebuild the deck, “there will be studies and analyzed all the possible options,” both from the public institutions responsible for as part of “scientists” specialized, advanced.

“you have to study all the options and, over time, to propose the best,” he said to the couple that she recalled that in other cathedrals rebuilt after a fire or other catastrophe, such as that of Chartres, whose wooden roof was destroyed in a fire in 1836 and was replaced by a structure in iron, or the “cathedral” martyr " of Rheims, which since its reconstruction after the fire that destroyed it in 1914, during the First World War, features a cover of concrete.

“you have to be wary of the false good solutions”, it came up Wirth on the thesis that the metal decking or concrete are better since they are lighter. “800 years ago that the cathedral is there. If the work had been made in steel, we would not have a cathedral. Even with all the protections, view the bonfire... The iron endures half an hour, an hour, and then twists, pulls the walls and makes everything collapse,” he said. In addition, he recalled, the cathedrals are made to withstand large weights. “These cathedrals are held structurally because there is a mass on a vault (...) only works because it's heavy,” he said. For the architect also, the price of the structure does not have a role to play in this debate. In the end, he recalled, in this case not necessary to apply “an economic logic” because “the money is there.”

After the fire, businesses and individuals pledged donations for 922 million euros. According to Georgelin, have already been received “between 400 million and 500 million”, of which 85 have been already spent on the tasks of consolidation. The responsible of the whole project is quiet, at least in terms of funding: “I don't have any concern about our ability to collect” the money promised," she said.

1 The family doctor takes a week 2 Want to return the turtles to their habitat and end... 3 The French Government gives up on a key point of the... 4 The Supreme brazilian, suspend the censorship of the... 5 Die 12 migrants in a shipwreck near Greek island 6 Trudeau calls on Iran to best answers for the downing... 7 The Board of andalusia situated at a high position... 8 The profitability of the rental housing is cooled 9 Pension reform puts to the test the relationship between... 10 Jesus Garcia Serna: the death that rocked a border 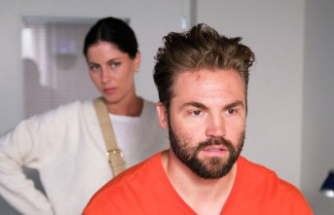 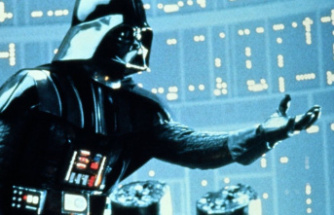 The family doctor takes a week