Tobias Mountain set a Danish record, while Julie Kepp Jensen set a nordic record at the short course-EM on Saturday. There were no medals for Tobias Mountain, 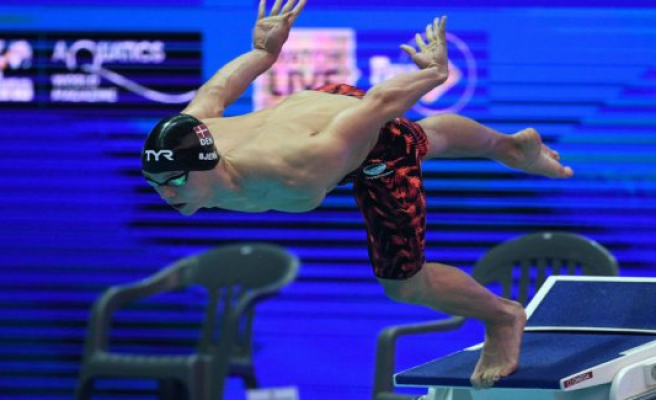 Tobias Mountain set a Danish record, while Julie Kepp Jensen set a nordic record at the short course-EM on Saturday.

There were no medals for Tobias Mountain, as the Danish swimmer Saturday was in the water in Glasgow in the final of the 100 metres breaststroke at the short course-EM.

the Mountain was number seven, but set to turn a new Danish national record when he finished in the time 56,98 seconds.

Dutch Arno Kamminga took the EM-gold in front of Ilya Shymanovich from Belarus and Fabio Scozzoli from Italy.

Tobias Mountain was never in the vicinity of to interfere in the medaljekampen, but will, therefore, yet nothing with him from the finals.

Earlier Saturday evening booked Julie Kepp Jensen a place in the final of the 50 metres backstroke by setting a new nordic record on the distance.

When the medals would be distributed later in the evening, had the dane like his countryman Tobias Mountain, however, settle for a seventh place finish.

Emilie Beckmann is ready for Sunday's finals in the 100 metres butterfly after having set the second best time in the semi-finals on Saturday. Here attended Caroline Erichsen also, but she went no further.

the short course-the european championship is the least prestigious of the major championships. Several of Denmark's best swimmers - for example, Mie Ø. Nielsen does not participate in the championship. Viktor Bromer is also not with, but that is because he failed to qualify.