Uk Tesco stop the sale of christmas cards from China after the accusation that prisoners are used as forced labour. The british dagligvaregigant Tesco has put 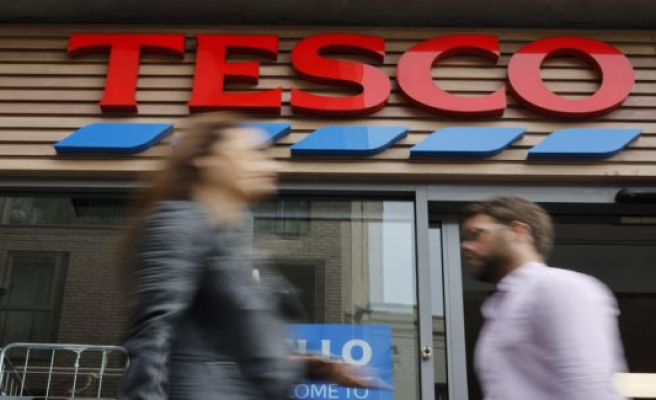 Uk Tesco stop the sale of christmas cards from China after the accusation that prisoners are used as forced labour.

The british dagligvaregigant Tesco has put the production of christmas cards from a factory in China at the break.

the Reason is that a six-year girl in a christmas card has detected a message which seems to be a cry for help from a tvangsarbejder.

This writes the newspaper The Sunday Times. This prompted the chinese government to respond on Monday.

As the girl the previous weekend opened julekortet, which were printed with a cat with a nissehue on, was there with big letters written a message on the inside:

- We are the foreign prisoners in the prison in Shanghai Qingpu in China. We are forced against our will to work. We are asking for help to contact a human rights organization.

A spokesperson for Tesco describes the message as shocking and indicate that the company in addition to set the production has pulled julekortene back from its shops while the case is investigated.

Monday came as a response from China's foreign ministry.

- I can tell you, after having sought to address the matter through the relevant departments of the prison Qingpu did not have a situation where foreign prisoners carrying out forced labour, says a spokesman for the foreign ministry in Beijing.

According to Tesco was the factory in China as late as in november inspected. Here, there was not found evidence on the use of forced labour.

- If there is found evidence of it, the supplier will be excluded forever, says a spokesperson for Tesco.

In the handwritten text in the julekortet invited the recipient to contact a person by the name of Peter Humphrey.

As the six-year-old girl's father tracked down the man, it turned out to be a former journalist who in 2014 was arrested and imprisoned in China and was a prisoner in Qingpu.

Humphrey contacted some former inmates, who confirmed that the foreign prisoners had packed the christmas card for Tesco. Then he wrote the article for The Sunday Times.

1 Found the woman in the basin - now she's dead 2 Julemenuen with Thomas Alcayaga: How to make perfect... 3 The danes are becoming more and more anxious: 'Sales... 4 The biggest departure date will be less busy in the... 5 Wozniacki and Serena Williams to form doublepar in... 6 Game! Picture of Premier League player goes viral 7 Zidane after nullert: No reason to be depressed 8 Five sentenced to death for the murder of the journalist 9 Saudi Arabia condemns five to death for Khashoggi-killing 10 Wozniacki with big news: To play with bedsteveninden Found the woman in the basin - now she's dead