British chief rabbi: Corbyn is unfit to be prime minister

chief rabbi accuses Labour leader Jeremy Corbyn to lie about the handling of anti-semitic cases in the batch. Jeremy Corbyn, head of the great british opposit 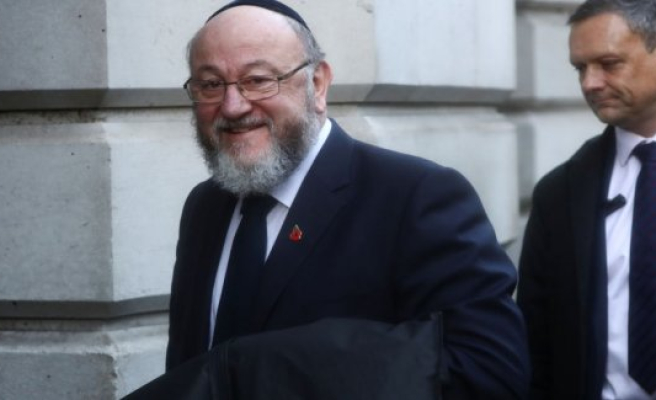 chief rabbi accuses Labour leader Jeremy Corbyn to lie about the handling of anti-semitic cases in the batch.

Jeremy Corbyn, head of the great british opposition party, Labour, is unfit to be prime minister because he has managed to do away with the anti-semitic currents in the party.

It takes the religious leader of the jewish community in Britain, chief rabbi Ephraim Mirvis.

It says overrabbineren in an article in The Times on Monday, writing thejc.com there is a website for the jewish community.

It is, according to The Times the first time ever, that a chief rabbi in the Uk on the way to interfere in parliamentary elections.

Ephraim Mirvis accuses in the article Corbyn to speak untrue, when, in a televised valgdebat last week said that Labour has "investigated every single case" on the racism directed against jews.

A similar claim from the Labour skyggefinansminister, John McDonnell, will also be highlighted by the overrabbineren.

- the Claims of the leading figures in the Labour party is doing everything possible to deal with the scourge of antijødisk racism, and that it has "investigated every single case", is deceitful fabrications, says Ephraim Mirvis.

Without mentioning Corbyn by the name ask overrabbineren the question:

- How involved in creating prejudices was a leader of Her Majesty's opposition (the official name for the largest opposition party, red.) be in order to be considered as unfit for the highest post? Will related to those who openly stirring up hatred against the jews, be sufficient?

the Debate on anti-semitic attitudes in the Labour flared recently, when two jewish members of parliament, in a documentary on the BBC told of faulty handling of the problem.

In a reference to the documentary, writes chief rabbi Mirvis.

- We are powerless and looks with unbelief, that the supporters of Labour's presidency has chased the parliamentarians, party members and even employees out of the party to say, from the face of antijødisk racism.

Ephraim Mirvis concludes the post, which, he says, is written "with the heaviest heart", with that it is not his job to tell people who they should vote for.

- I am sorry to stand in this situation. All I am asking is the following question: What will the outcome of this election say about the moral compass of our country?

1 Sages warns against klimalov with 70 percent CO2 reduction 2 Espresso House-the baristas got pizza instead of salary 3 Jimmy Bøjgaard has got a new job: 'Like coming home' 4 Police seek witnesses: the 65-year-old woman dragged... 5 IS destroyed on the internet 6 Popular furniture chain drop Black Friday in protest 7 Expert on kissing-episode: 'I do not think it is reasonable' 8 Hong kong leader hopes for continued peace after the... 9 Bjorkstrand scores sejrsmålet and continues wild... 10 Strong earthquake in Albania - at least one death 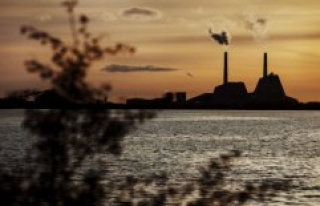