All demonstrators have left the besieged university of Hong kong 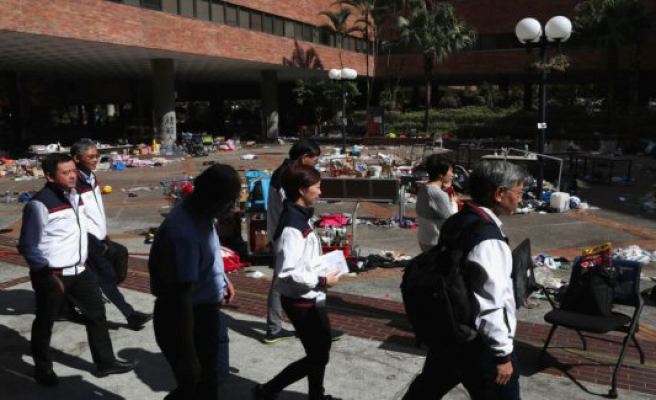 The last protesters have left the Hong kong Polytechnic University, who has been the center of clashes.

There are no more protesters back on Hong kong Polytechnic University.

It says the university's vice-president, Miranda Lou, on Wednesday.

Thus see the siege of the university to be over.

- We have tried to deal with the situation in the best way. We have already done what we could, she says.

- We hope that soon we can re-open the school, start the renovation works and reduce the impact on our students and research projects, she adds.

It is unknown how many protesters who have barricaded themselves in the university in recent days.

a week ago it was announced that there were fewer than 100 protesters back on Hong kong's Polytechnic University, where police waited outside, ready to apprehend them.

In the previous weekend was more than 1000 demonstrators arrested at the university, which has been the centre of violent clashes between police and protesters.

Some have surrendered, while others have been apprehended in the attempt to escape the police, among other things, by climbing down the rope, jump up the back of the motorcycles, which stood ready outside, or sneak out through the sewer pipes.

Hong kong's pro-democracy forces in the run with a victory without precedents Sunday in the local elections, which puts a new pressure on Hong kong's unpopular head of the government, Carrie Lam, and the regime in Beijing, who supports her.

the run-up to the elections was marred by many months with demonstrations in the city, which officially is a national authority in China.

Particularly the last weeks it went violently for themselves. Protesters blocked roads and barricaded themselves in the polytechnic university, and the police used extensively tear gas.

A protester died after a fall of several floors. Another was shot at point blank range by a cop.

But election day itself was unusually quiet.

In relation to the recent elections was the turnout almost doubled to 71 percent, and the results also featured major changes: The pro-democratic parties ran with almost 400 of 452 seats. It is more than tripling and it is clearly highest in the 20 years, local elections have existed.

At a news conference Tuesday, said Carrie Lam, that she acknowledges that the outcome of the local elections at the weekend shows a dissatisfaction with the chinese government.

Lamb said she hopes that peace continues after the election.

1 Australian police arrest firefighter to start bushbrande 2 Bomb! Ibrahimovic buys into Swedish topklub 3 Solskjær removing the previous kræftramt defender... 4 83-year-old convicted of violating the road: 'What... 5 Earthquakes close to the holiday island of Crete 6 Bangladesh condemning seven to death for killing 22... 7 The first equal of the lastbilofre is arrived to Vietnam 8 Trump will signify Mexico's drug cartels as terrorist... 9 Here is the best airline in the world 10 Teacher lured pupils to tungekysse, while it was filmed:... 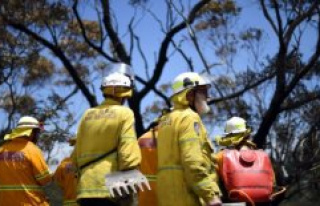