75 years ago the Queen and Philip married: A great love story 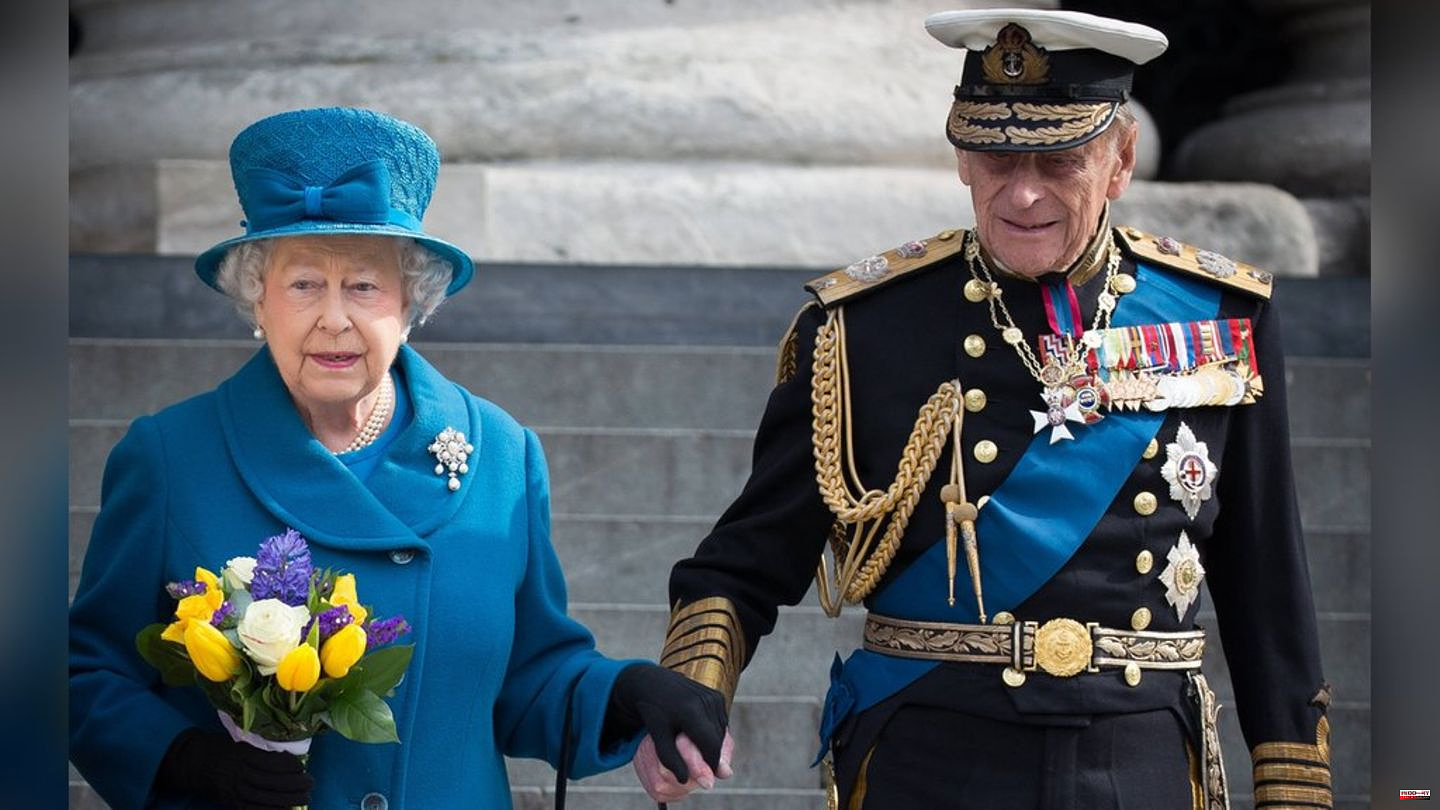 Here in the royal crypt of St George's Chapel at Windsor Castle, the Queen of England and her Prince Consort the Duke of Edinburgh were laid to rest and reunited in death. On November 20 millions of loyal Englishmen will celebrate the couple's 75th wedding anniversary.

The fact that the encounter between these two people was able to develop into a royal love story is thanks to another epochal love story: Elizabeth's uncle King Edward VIII (1894-1972) fell in love in 1936 with the American Wallis Simpson (1896-1986), who had been divorced twice. A marriage was not possible because Edward, as head of the Anglican Church, was forbidden to marry a divorced partner. Edward abdicated after only eleven months in office in favor of his love, Elizabeth's father became the new king and his eldest daughter the crown princess.

In 1934, at a wedding in 1934, the then eight-year-old Elizabeth first saw Philip, her third cousin, five years her senior. Both were children then.

It must have sparked five years later, at least for Elizabeth, who is now 13 years old. She attended the Royal Naval College with her family, and the naval cadet Philip was assigned to entertain the ladies - the king's wife Elizabeth (1900-2002) and the two princesses Elizabeth and Margaret (1930-2002). Elizabeth allegedly fell in love with him immediately, he remained reserved, after all, the two began a pen pal.

World War II has now begun and Philip is an officer in the Royal Navy. When he exchanged letters with the Crown Princess, he too became aware of his love. In a letter he describes his "intense happiness" and asks if he "deserved all the good things" that happened to him, especially "falling completely and unreservedly in love"?

King George VI (1865-1952) likes the handsome young man chosen by his daughter. Elizabeth's mother, on the other hand, has concerns, like large sections of the British aristocracy: For her, Philip is a poor and homeless have-not with an adventurous history, who also has a "German past".

Although he comes from the royal families of Greece and Denmark and was born at Mon Repos Castle in Corfu, his mother Alice von Battenberg (1885-1969) was also German and his father, Andreas of Greece (1882-1944) came from the German noble family Schleswig-Holstein-Sonderburg-Glücksburg, a branch of the Oldenburg aristocracy, which was related to Greek, Danish and Norwegian ruling dynasties as well as to the Romanov family of the Russian tsars. After a military coup, Philip's family leaves Greece and moves to France, i.e. the father lives with a mistress in Monte Carlo, the mother lives with the children (Philip and his four older sisters Margarita, Theodora, Cecilia and Sophie) in Paris.

Philip's mother becomes mentally ill. The father does not want to take the boy in with him, the child comes to relatives in Germany and attends the boarding school Schloss Salem. In 1933, after the Nazis took power, Philip was sent to England. His four sisters stay in Germany and marry German nobles, some of whom are involved with the Nazis. So Sophie's husband is an SS Oberfuhrer.

These circumstances do not do well in the vita of a future consort of the future Queen of England. On the other hand, the Prince of Greece and Denmark fought valiantly against the Germans on the English battleship HMS Valiant during World War II. Philip renounced his title "Prince of Greece and Denmark" for Elizabeth in 1947, he changed his surname Schleswig-Holstein-Sonderburg-Glücksburg and called himself Battenberg after his mother, but in the English version: Mountbatten. And he's taking English citizenship.

On July 9, 1947, Elizabeth and Philip, who speaks fluent German and French in addition to English, announce their engagement. And on November 20, 1947, the couple was married in London's Westminster Abbey. At the ceremony, the crown princess gave her groom a special token of love: she solemnly promised Philip that she would "obey" him as a wife, which horrified a number of courtiers, because a monarch should not be under any obligation to anyone. But Elizabeth wants to make clear with the promise "her devotion to her spouse and her well-being with the traditional duties of a wife" ("Time").

She knows that this marriage will demand a lot more from Philip. The smoking ban is the least of it. Elizabeth's father is a chain smoker and suffers from lung cancer. That's why she's asking Philip, who is said to have consumed a pack of cigarettes a day, to give up smoking. He submits.

Much worse for him is her decree that her children are not named Mountbatten but Windsor after her. "I'm the only man who can't pass his name on to his own children," he allegedly scolded friends. In 1948 firecrackers announced the birth of Prince Charles (74), less than two years later his sister Princess Anne (72) was born. Philip is said to be the best at dinner parties that his wife "hardly ever lets him out of bed". Later, the couple is happy about their sons Prince Andrew (62) and Prince Edward (58).

The couple initially lives in Malta, where Philip is stationed. Elizabeth is the dutiful officer's wife in the Villa Guardamangia. It is said that these two years (1949-1951) are the happiest time in their marriage. In 1952 he went back to England: Elizabeth's father died of cancer, she became queen - and that changed everything for Philip.

This proud man's place will be two steps behind his wife for 69 years until his death on April 9, 2021. He does not feel humiliated, on the contrary: Philip develops a respectable attitude from this position assigned to him, which also corresponds to his unconditional loyalty to his wife and queen, for which England admires him.

It must have been much more difficult for him to give up another career in the Navy, because the Royal Navy is like a home for him. His sons Charles, Andrew and Edward also have to serve in the navy according to their father's ideas, only Prince Edward breaks off his training with the Royal Marines prematurely, which is said to have greatly upset Philip.

In the royal private apartments of Buckingham Palace - and only there! - Philip is considered the head of the family. He determines the upbringing of his sons, he speaks his mind openly, he teases the Queen with pet names like "cabbage" (cabbage) or "sausage" (sausage).

In such a long marriage, of course, there are not only highs. Tabloids such as the British "Express" reported on an incident in which an "angry" queen is said to have thrown a tennis racket and shoes at her husband.

Regarding the rumors about alleged infidelities, Philip told his biographer Gyles Brandreth: "How could I have done that? A security guard has been following me day and night since 1947."

The two have never given tender tokens of love to the public. On the other hand, the Queen often smiled conspiratorially when she looked at her husband. "He makes her laugh with some of the things he says and the way he says them and looks at life," revealed her grandson Prince William (40) years ago.

"Philip is quite simply my strength and my rock over the years," Elizabeth said of their golden wedding anniversary. "I myself, my family and many countries owe him a greater debt of gratitude than he would ever claim or we can ever understand."

And her edgy husband, who hated to be spoken to but was always a reliable partner to his wife, said he always saw his most important role as the Queen's husband as "serving her as best I could". This is how Philip became the Queen's closest confidant, and even more so: her life person. When he died in 2021, Elizabeth suddenly looked lonely and fragile. 17 months later she followed the love of her life. 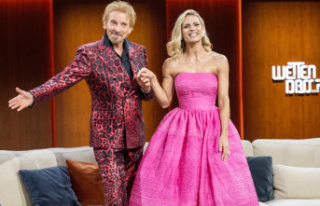