Wyoming's school district will keep the mask-wearing requirement in place for at least one more month. A student who refused to wear a mask was arrested for refusing to leave her highschool. 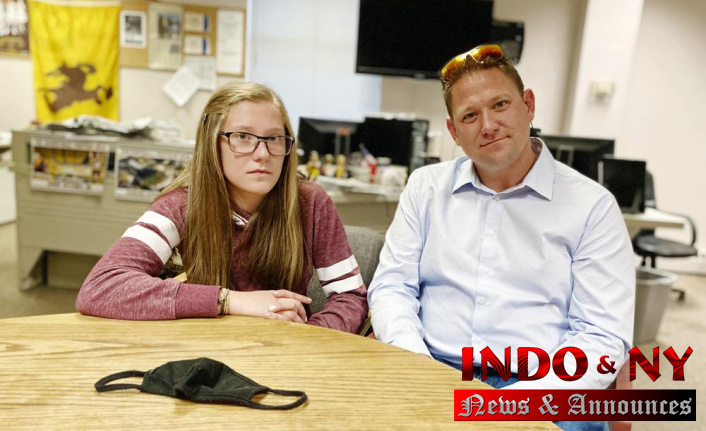 Grace Smith (16) might not be involved with future confrontations at Laramie High school. At Wednesday's school board meeting, Grace Smith stated that the junior had been "bullied, discriminated and, worst of all, legitimately threatened".

No. 1 Albany County School District The meeting was called by 1 trustees, who voted 6-1 to extend the district’s mask mandate that applies to everyone inside district buildings up until Nov. 12. This Friday was the expiration date for the mask requirement.

Wyoming had one of the lowest vaccination rates in the U.S. and the highest COVID-19 rate, but it is only one district in Wyoming that will require masks in the fall. Republican Governor. Since he imposed an unpopular mask mandate last winter, Mark Gordon has pledged not to return.

Laramie, home to the University of Wyoming has required masks in all of its buildings this autumn. This has been more accommodating than other Wyoming communities that have also had heated discussions about masks this fall.

Smith was arrested at her high school on Oct. 7, after she had served two consecutive two-day suspensions because she didn't wear a mask.

She was issued a $500 trespassing violation ticket on Oct. 5 after she returned from her initial suspension. "After talking to our attorney, we decided that it was worth pushing," she said to the Laramie Boomerang.

Two days later, she returned to get another $500 trespassing ticket. She was also arrested for refusing to leave. In Wednesday's virtual school board meeting, she was unapologetic.

Smith stated to the trustees, "You have bestowed an extremely large amount of power upon yourself." "You don't own us as children. You don't have the right to dictate to us who we are, and you also have no right not to make our health decisions.

Smith's arrest or suspension has been denied by school officials. They claim that the school district is not allowed to comment on student discipline matters.

Before casting his vote against the extension of the mask requirement, Trustee Jason Tangeman stated that the recent absence in Wyoming of local and state mask mandates raises questions about their legitimacy at school.

Tangeman stated, "I'm being asked by a layperson on an board to make a decision about my health." "Are we reacting too much?"

The other trustees disagreed.

"The fight is worth it. This is a fight I will not give up on. This is a pandemic. It kills people. It has already killed 700,000." Trustee Kim Sorenson stated at the meeting.

The mask mandate extension was supported by most of the public who spoke at this meeting. Cynthia Weinig, a local resident, told trustees that Laramie is not suffering from a virus pandemic.

Weinig stated that "I feel like we're in an epidemic of political partisanship, division in our community, unfortunately." "We, as a community, need to come together. It's Wyoming's way.

1 In quiet debut, Alzheimer's drug finds questions,... 2 Dax Shepard shares how he told his kids about relapse... 3 It's risky business: Some Capitol Riot defendants... 4 Fauci is dismayed at Texas' decision to ban mandates 5 Cities want to relax federal aid spending rules 6 Rescuers: The Last Jew from Kabul makes his way to... 7 Police: 2 officers were wounded and 1 deputy was killed... 8 South Texas's aging water system is meeting the... 9 Lizzo put a plant-based spin on the TikTok-famous... 10 NASA's Lucy, an asteroid hunter, soars into the... 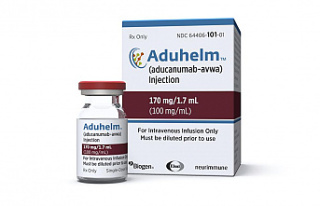