WHO: There have been nearly 200 cases of monkeypox reported in over 20 countries

According to the World Health Organization, nearly 200 cases have been reported of monkeypox in 20 countries that are not normally known to have the disease. 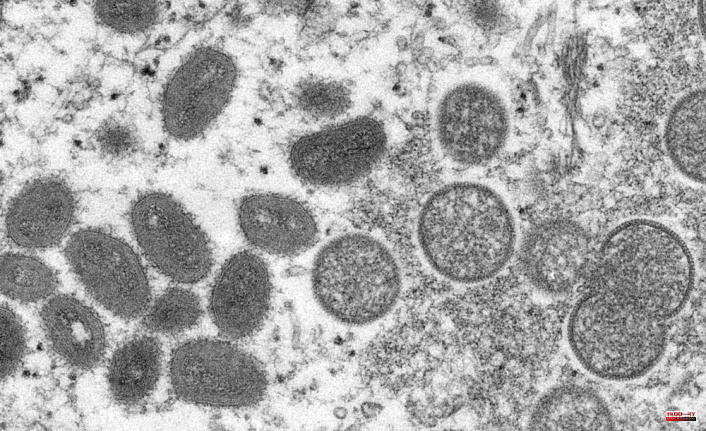 According to the World Health Organization, nearly 200 cases have been reported of monkeypox in 20 countries that are not normally known to have the disease. However, the WHO described the outbreak as "containable" so they suggested creating a stockpile to share the few vaccines and drugs worldwide.

The U.N. health agency stated that there are still many questions regarding the origin of the unusual monkeypox outbreak outside of Africa. However, there is no evidence to suggest that genetic mutations in the virus were responsible.

"The virus's first sequence shows that it is identical to the strains found in endemic countries. This means that (this epidemic) is likely due more to human behavior," stated Dr. Sylvie Brind, WHO's director for pandemics and epidemic diseases.

WHO reported nearly 200 cases of monkeypox, but this seems to be an undercount. Spanish officials said Friday that 98 cases had been reported in Spain. One of these cases is a woman who contracted the disease through a chain of transmission previously restricted to men.

Officials in the United Kingdom added 16 cases to their monkeypox count, making Britain's total now 106. Portugal, however, reported that its caseload has jumped to 74. Authorities in Argentina reported Friday that a monkeypox patient had been identified in Buenos Aires. This was the first case of monkeypox in Latin America. Officials stated that the man had recently traveled to Spain and had now developed symptoms similar to monkeypox.

British, Canadian, Spanish, Portugal, Canada and other countries have all noted that most of the cases have been reported in gay and bisexual men. Scientists warn that the disease can infect other people if it isn't controlled.

Briand, WHO's director of communications, said that the current situation was "containable" based on past African outbreaks.

She said that WHO expects to see more cases in the future. However, she added that "we don’t know if this is just the tip of the iceberg (or if there are more cases in communities)."

The WHO stated that its expert group is evaluating the evidence and will soon provide guidance as countries such as Canada, Britain, and Germany begin to evaluate smallpox vaccines for their use in preventing the spread of the disease.

Rosamund Lewis (head of WHO's smallpox division) stated that there is no need to mass-vaccinate. This was because monkeypox spreads slowly and requires skin-to–skin contact. Although no vaccines have been developed specifically for monkeypox yet, WHO estimates that smallpox vaccines can be used to approximately 85% of the time.

She stated that countries that have vaccines could consider them for patients at high risk, such as close contacts of health workers or patients. However, monkeypox can be managed mainly by isolating contacts, and continuing epidemiological investigations.

Due to the scarcity of smallpox vaccines in the world, WHO's emergency chief Dr. Mike Ryan stated that the agency will be working with member countries to develop a centrally managed stockpile similar to those it helped distribute during yellow fever outbreaks and meningitis.

Ryan stated that Ryan was talking about vaccines to be used in targeted vaccination campaigns and targeted therapeutics. Ryan said that the vaccine volumes do not necessarily have to be large, but that every country may require a small quantity of vaccines.

Monkeypox sufferers experience only mild symptoms like fever, body aches and chills, as well as fatigue. Patients with more severe illnesses may experience a rash or lesions on their hands and face that can spread to other parts.

1 Education. From May 30th to June 3rd, schoolchildren... 2 High mountains. Drownings: A mother and her son were... 3 As profits rose, CEO salaries rose 17% in 2021; workers... 4 Marc Silverstein and Busy Philipps Have Separated... 5 Star Wars Jedi: First Trailer Released and Star Wars... 6 Shanghai lockdown: Some residents demand their release 7 UK's Dunblane mourns Uvalde and fears that nothing... 8 The Parish Shrine of Our Lady of Perpetual Help 9 Conversations abound about racism in the ranks: Dutch... 10 Goodbye to the Batán ore center after almost 4 years... 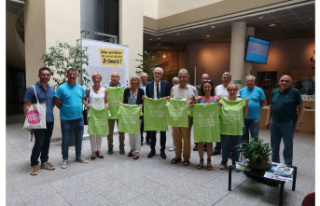 Education. From May 30th to June 3rd, schoolchildren...