WHO: Monkeypox will not turn into a pandemic. But there are many unknowns

Although the World Health Organization's top monkeypox expert stated that she does not expect the hundreds of cases to become another pandemic, she acknowledged that there are many unknowns, such as how it spreads and whether the decades-old suspension of mass immunization may have contributed to its rapid transmission. 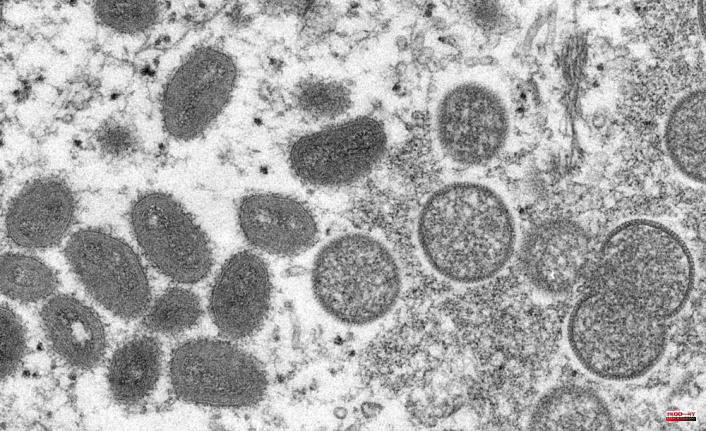 Although the World Health Organization's top monkeypox expert stated that she does not expect the hundreds of cases to become another pandemic, she acknowledged that there are many unknowns, such as how it spreads and whether the decades-old suspension of mass immunization may have contributed to its rapid transmission.

WHO's Rosamund Lewis spoke out in public on Monday to stress that most cases seen in dozens countries worldwide are in gay, bisexual, or men who have had sex with other men. This is so scientists can continue their research into the matter. She advised those at high risk to be cautious.

Lewis stated, "It is very important to describe it because it appears that there has been an increase in a method of transmission which may have been overlooked in the past."

She stated that "At this time, we aren't concerned about a worldwide pandemic." "We are concerned that people may contract this infection from high-risk exposure if the information is not available to them."

The disease is possible for anyone, regardless of sexual orientation. Experts have also suggested that it might be an accident that the disease was first discovered in gay and bisexual men. They warned that it could spread quickly to other groups if not addressed.

WHO reported last week that 23 countries with monkeypox are now reporting more than 250 cases. Monday saw the U.K. announce another 71 cases of monkeypox.

Lewis stated that it is not known whether monkeypox can be transmitted through sex, or only close contact between sexually active people. He described the threat to the population as "low."

Monkeypox can spread through close contact with infected persons, their clothes or bedding.

She warned that there are more cases of lesions in the genital area, making it difficult to see.

She said, "These lesions may last for up to four weeks. They may not be visible to other people but they could still be infectious."

A top WHO adviser said last week that the monkeypox epidemic in Europe, America, Israel, Australia, and elsewhere was likely to be linked to sex at recent raves in Spain, and Belgium. This is a marked departure from the usual spread of the disease in central and west Africa, where it is primarily transmitted by wild rodents or primates.

Scientists are still unsure if monkeypox can be traced back to Africa. However, the disease continues its spread to people across the continent.

Authorities in Congo reported Monday that nine monkeypox victims had died in the country. Chief of Sankuru's health division in Congo Dr. Aime Alongo also stated that 465 cases had been confirmed. This makes Congo one of the most affected countries in West and Central Africa.

Nigerian authorities confirmed this year's first monkeypox case in Nigeria. Six more cases were also confirmed by them. WHO estimates that thousands of cases are reported each year from Nigeria and Congo.

1 Biden believes there is a chance for a 'rational,'... 2 Block by block, Russians and Ukrainians battle in... 3 Crowd confronts cleric after Iran tower collapse that... 4 Anguish of a father outside a Texas school as the... 5 Abramovich closes the $3.2 billion deal to buy Chelsea's... 6 Russians shine in NHL playoffs, as Ukraine wage war... 7 21 bodies found among plane wreckage in Nepal Mountains 8 Mona Lisa is protected by a man in a wig. 9 China fails to sign the big Pacific agreement, but... 10 1 Billion pills seized: East and SE Asia hit ominous... 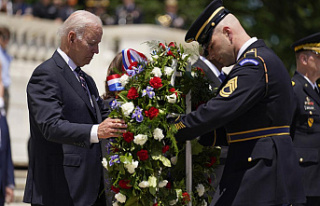 Biden believes there is a chance for a 'rational,'...