LONDON - Last week there was an increase of 7% in coronavirus cases in Europe, which is the only place in the world where the number has increased. 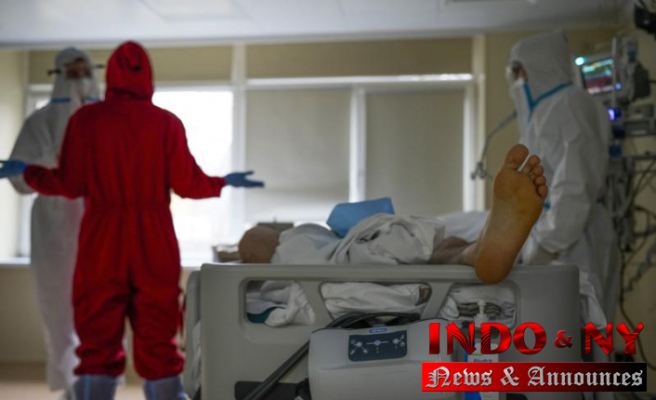 LONDON - Last week there was an increase of 7% in coronavirus cases in Europe, which is the only place in the world where the number has increased.

The U.N. released its weekly assessment of pandemics late Tuesday. It stated that there were approximately 2.7 million new cases of COVID-19 and more than 46,000 deaths worldwide last week. This is similar to numbers reported the week before.

WHO stated that the Americas and Europe had the highest COVID-19 rates. The U.S. had the highest number of cases globally, with more than 580,000. This still represents a 11% decrease.

The most European cases were in Britain, Russia, and Turkey.

The Western Pacific and Africa saw the largest drop in COVID-19 infections. Infections fell by approximately 18% and 16% respectively. Despite the severe shortage of vaccines, the number of African deaths declined by 25%.

Coronavirus cases in Europe have increased for the third week running, with approximately 1.3 million cases. WHO reported that more than half of the countries in the region experienced an increase in COVID-19 numbers. Each country, Russia and Britain, reported a 15% increase in the number of new cases.

Russia has broken multiple daily records for COVID-19 case in the last week. Meanwhile, infections in the U.K. have risen to levels not seen since mid July.