When the first pandemic hit India, Sanchi Jawa and Harish Jawa, her father aged 59, discovered they were suffering from COVID-19 symptoms. They decided to get tested and isolate the problem. However, this proved difficult in the spring 2020. 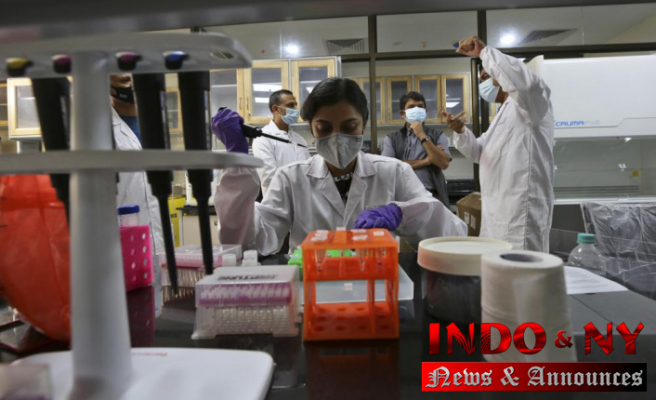 The father and daughter had to make multiple calls to several private labs in the capital of New Delhi before they could arrange for the gold standard in COVID-19 testing -- a real-time reverse transcriptase-polymerase chain reaction test, or RT-PCR.

The test cost almost $70. Sanchi, a digital marketer at the age of 29, and her father, a successful entrepreneur, were able to afford it. However, the price was prohibitive for most Indians who earn less than $160 per months, according the World Bank.

Sanchi stated that RT-PCR tests should be available to everyone and should be easy to obtain.

A year later, Indians are able to access PCR tests at a fraction the cost. This is due to a large-scale public/private partnership known as InDx. It established the infrastructure and know-how to manufacture the tests in India.

This was not an easy task, as many components of the RTPCR test (including the mixers needed to analyze samples) were not made in India. They had to be imported from China or South Korea, which drove up the cost.

Due to global trade being at an all-time low and a high demand for U.S. and U.K. test kits, deliveries were also delayed.

Reagents, primers and other chemical components, such as amidites and deoxyribonucleotide Triphosphates that are vital for the chemical analysis to detect the virus' existence, were not widely available in the country. They had to be imported. Even accessories, such as plastic vials, that were used in the testing process, were mostly imported.

The cost of RTPCR tests has dropped to $7 in certain parts of the country, a nearly tenfold drop from when they first became available.

Because of the availability of locally-made components, the government can purchase test kits at as low as 50 cents per unit by bulk purchasing from manufacturers. Indian authorities are now able to provide free RTPCR tests for people who cannot afford them. They also have the ability to set low prices for paid RTPCR tests at private labs.

Lalith Kishore is chief operating officer at C-CAMP's COVID-19 scale up program. He says that the public-private partnership helped more than 160 Indian companies invent, create mechanisms, and produce more than a million RT-PCR kits each day.

Kishore stated that "a lot of these companies have allowed the complete reversal of our dependence on imports in terms of diagnostics,"

India has conducted more than 580,000,000 tests since the introduction of COVID-19 testing.

Over a million tests are still being administered daily in India. 80% of the test kit used in India are also manufactured here.

Manisha Bhinge is the managing director of Programs and Health Initiative for The Rockefeller Foundation. She said that the increased availability of COVID-19 testing allowed the country's to establish a robust testing program, which helped public health professionals devise better policies to deal with the virus outbreak.

This was particularly important during the second wave of deadly infections that swept the country in May 2021, when more than 400,000 cases were detected daily.

Bhinge stated that the scale of the crisis "would've been much greater if we didn't have the testing capability to guide public health officials to understand the spread of the outbreak."

She said that India's ability to produce more diagnostic kits and other parts of the diagnostics has helped in fighting the pandemic. It also allowed India to become self-sufficient in molecular diagnosis. However, this market has created new opportunities for countries seeking diagnostic technology and test kits.

She said that countries with low and middle incomes now have more stability, security, and affordable medical technology.

Millions of Indian drivers, like Mohit Dabla (23), who makes $300 per month, have had the opportunity to get cheap, sometimes even free, RT-PCR testing.

His employer asked him to take a RTPCR test when he experienced his first symptoms in September 2021. The test was free and offered by a New Delhi government dispensary.

Bill Clinton is admitted to hospital with a non-COVID-related...