German hospital gets an edge with military in combating COVID

WESTERSTEDE (Germany) -- Hospitals across Europe are bracing themselves for a spike in coronavirus cases during the holiday season. Westerstede Clinical Center is optimistic that it will weather the storm. 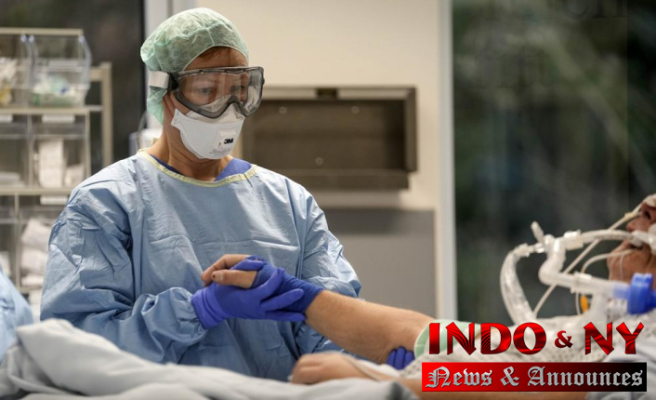 It serves primarily in northwestern Germany and has a lower than average vaccination rate.

Rene Lehr, the head of the hospital’s intensive care unit, said that "I believe we're at a stable level here." The Associated Press recently had rare access to the facility.

The 43-year old predicted that his ICU would need to treat five COVID-19 patients between Christmas and New Year. This is a number staff can handle confidently.

It enjoys many benefits that other hospitals don’t have. It is managed in collaboration between the German military and regional authorities. This helps ensure that it has modern equipment, spare beds, and additional staff to assist with troop deployments.

This little-known facility was one of the first to treat COVID-19 patients in Germany due to its vast military resources and desire to keep medical professionals at the forefront of their field.

The German air force brought in patients from Italy to treat a sudden influx. Similar events occurred recently when Germany's eastern states of Saxony received more ICU patients that it could handle.

Despite having more resources, Lehr and his staff cannot perform miracles with COVID-19. According to statistics, one of the three critically ill patients being treated in ICU on Friday will not recover.

Unvaccinated patients have a worse chance of getting vaccinated. The hospital can see patients who have had and don't have the shot. However, the odds of a patient not getting the vaccine are much worse.

The hospitalized are those who have not been vaccinated or are older, have underlying conditions, or were given a vaccine that isn't made by Moderna or BioNTech-Pfizer. These vaccines are mostly used in Germany.

Lehr is certain that vaccination works.

He stated, "Otherwise, I believe that, due to the (infections) numbers currently in Germany, ICU beds would have a significantly higher occupancy than it is now."

Although we have seen all-time records for the number and severity of new cases, which topped 70,000 in a single day, the German hospitalization rate is still lower than it was at the end last year when only a small fraction of the population was vaccinated.

Patients who end up in Westerstede’s intensive care unit are taken care of by people like Stefan. He is a senior nurse on this ward and asked not to reveal his full name as it is standard procedure in the German military.

Stefan was a military nurse and was deployed to Afghanistan, Kosovo, and Mali when the pandemic began in early 2020.

He said that it was surreal to read about the outbreak while he was on deployment in North Africa.

He recalled, "It wasn’t until we got back to Germany that the case numbers suddenly rose, and the first patient came in, that it was fully realized that that was starting to happen here."

Stefan, like millions of other health care workers, discovered how difficult it was to treat COVID-19. This is especially true when medics must wear protective equipment every time they enter an isolation room where coronavirus patients stay.

Although he believes his military training was beneficial, he also acknowledges the stress his civilian colleagues are experiencing. Many have left the profession over the past two decades, disillusioned with the demands but low pay.

He said, "It's a very difficult, demanding job."

Stefan was still proud of the achievements of his coworkers during the pandemic.

He said, "This was a very difficult time for all of us. And it still is." "The camaraderie and teamwork that we had, and the way they stuck together, will be with us long after this is over. If it ever ends."

He said, "I believe we're going be dealing with the issue for a while." "I don’t believe this will be the last variant."

Lehr, the chief physician, says it is impossible to predict what the next twist will be for the pandemic. The daily cases have been decreasing since COVID-19's death at 100,000.

The country's health minister warned Friday, however, that the "omicron" variant could cause the pandemic to end. The Netherlands, bordering Germany only a few kilometers from Westerstede on Saturday announced a new lockdown.

Lehr said, "We live from one to the next, one to the following, and just see which patients we get." "And we treat the ones that do come as best we can." 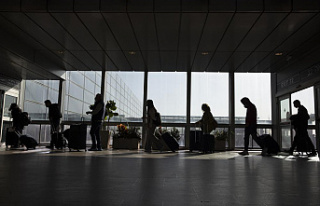 Israel will ban travel to the USA and Canada due to...