His former President Bill Clinton was admitted Tuesday to a Southern California hospital with an infection. However, his spokesperson said that he is now "on the mend".

Angel Urena stated that Clinton, 75, was admitted Tuesday evening to the University of California Irvine Medical Center for a non COVID-related infection.

Urena stated that "He is well, is in good spirits, and is extremely grateful to the nurses and doctors who provided him with excellent care."

Clinton's spokesman made a second statement, quoting Dr. Lisa Bardack and Dr. Alpesh Amin who claimed that the former president was "administered IV fluids and antibiotics."

The doctors stated that after two days of treatment, his white cell count has declined and that he is responding well to antibiotics. "The President's New York-based medical staff has been in constant contact with his California-based medical team, which includes his cardiologist. We are hopeful that he will soon return home."

The former president has had many health problems since leaving the White House in 2001. After suffering from prolonged chest pains, shortness of breath and shortness-of-breath in 2004, he had quadruple bypass surgery. In 2005, he was admitted to the hospital with a partially collapsed lung. He had two stents placed in his coronary artery in 2010.

He returned repeatedly to the campaign trail, campaigning for Democratic candidates, most notably for his wife, Hillary Clinton, in her unsuccessful 2008 presidential bid. In 2016, when Hillary Clinton was seeking the White House, Bill Clinton -- then a grandfather and approaching 70 -- returned to campaigning. 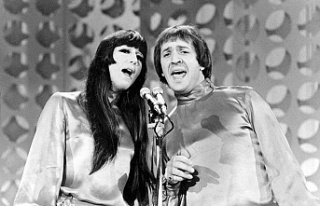