WASHINGTON (AP), 27 Air Force personnel were discharged for refusing the COVID-19 vaccination. Officials believe they are the first to be expelled for not complying with the order to get the vaccine. 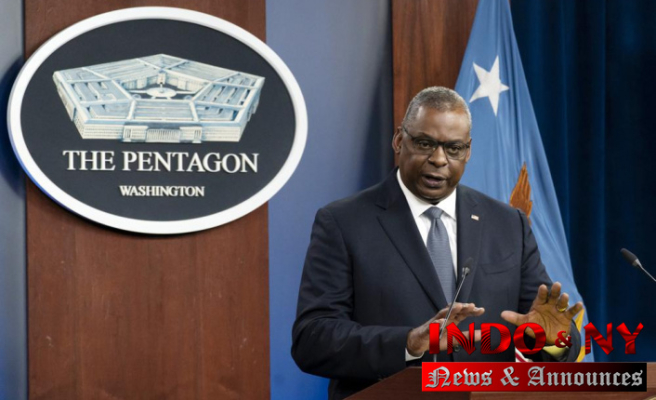 Air Force allowed its troops until Nov. 2, but thousands of them refused or requested an exemption. Ann Stefanek, spokeswoman for the Air Force, stated Monday that these were the first Air Force personnel to be administratively dismissed due to reasons related to the vaccine.

She stated that all were in their first term as enlisted, which meant they were younger and lower-ranking personnel. The Air Force doesn't disclose the type of service member that is discharged, but legislation currently in Congress restricts the military from giving troops in vaccine refusal cases either an honorable discharge (or general discharge under honourable conditions).

In April, the Pentagon required that all military personnel, active and reserve, receive the vaccine. Each service has its own timelines and procedures. The Air Force was the first to set the deadline. Lloyd Austin, Defense Secretary, stated that the vaccine is essential to maintain the health of the force as well as its ability to respond in a national security crisis.

Stefanek stated that none of the 27 Airmen requested a religious, administrative, or medical exemption. Numerous officials from other services stated that they believe the Air Force is the only service to have reached this point and had discharged individuals for refusing to vaccinate.

They were therefore removed from service due to their failure to follow an order. Stefanek stated that it was possible for some to have other violations on their records. However, all of them had the vaccine refusal as part of their discharge.

Disobedience is a common reason for military personnel to be expelled from the service. Stefanek stated that about 1,800 airmen were dismissed for not following orders in the first quarter of 2021.

Air Force data shows that more than 1,000 Airmen have declined the shot, and over 4,700 are seeking a religious exemption. Last week, 97% of active duty Air Force members had received at least one shot.

The Navy and Marine Corps members had until November 28th to receive shots, while their Reserve members had until December 28th. Army active duty soldiers have until Wednesday. Members of the Army National Guard or Reserves have the longest time to get vaccinated. The deadline is next June 30,

The military's reaction to the vaccine has been similar to the rest of society, with many people refusing shots or seeking exemptions. However, the overall percentage of troops who received the shots quickly exceeds the national average, especially active-duty soldiers.

Lloyd Austin, Defense Secretary, has made clear that both the Guard and Reserve are subject to the mandate and warned that anyone who fails to do so could lose their status as military personnel. However, this has proved to be contentious.

The Oklahoma Republican governor and state attorney general have filed a federal lawsuit to challenge the mandate for the Guard's military service. Gov. Kevin Stitt, the first leader of a state to publicly challenge the mandate, is arguing that Austin has exceeded his constitutional authority.

Austin had been asked by Stitt to suspend the Oklahoma National Guard mandate and he directed his adjutant general, to assure the members that they would be treated for their ineligibility.

Austin denied Austin's request, stating that Guard members who are not vaccinated would be excluded from federally-funded drills and training to keep their Guard status.

Brig. Brig. Thomas Mancino, Oklahoma's adjutant general, posted a note on the state Guard website warning his troops that anyone refusing the vaccine could end his military career.

Mancino stated that anyone who decides not to get the vaccine must be aware of the possibility of a federal lawsuit ending a career, barring a favorable ruling by a court, legislative intervention or a change in policy.

1 Stafford, Donald led Rams to a 30-23 victory over... 2 Interview with The Associated Press: Taliban want... 3 AP requests answers from the US government regarding... 4 Big California storm dumps snow, drenches parched... 5 Magnus Carlsen's win at chess from the machines 6 Climate denial and covid denial: How conspiracy theorists... 7 Who is TikTok’s masked vigilante, 8 How an anti-vaccine juggernaut was built by Kennedy... 9 The death toll from US COVID is 800,000. This comes... 10 Omicron will be the dominant variant in EU by January... 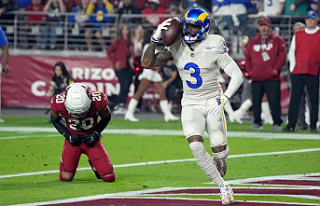