Review: The Lion and the Witch at The Lowry.

The Lowry has been treated to a new kind of magic this Christmas thanks to the critically-acclaimed The Lion, The Witch and The Wardrobe. This retelling of the well-known story has been presented in a stunning staging that leaves the audience with new moments to reflect on the classic tale.

The highly anticipated show broke box office records at Leeds Playhouse in 2017, before being adapted for London's Bridge Theatre.

The show opens with a soldier playing a piano and others singing.

The audience then introduces the children Lucy (Karise Yasen), Edmund, Shaka Kalokoh), Susan and Peter (Ammar Dufus), who are being evacuated via train.

Ingenious puppetry is used to show the locomotive. A suitcase transforms into a train carriage and people dance and run around, showing movement.

As they move around the stage, props are created. They hold light fittings and create new spaces.

As the tent is lowered to the ceiling, it becomes Mr Tumnus's house and the Beavers' dam. It spins around and is filled with furniture.

Folk music is used throughout the venue to enhance the forest theme and to create a friendly atmosphere.

As extras, musicians with instruments are visible on stage. Their musicality only made their existence part of the rebellion against the White Queen more powerful.

The play ends with a song that reminds the audience about the 100 years of winter as well as the dire situation of all Narnians.

Another song suggests that woodland creatures should be united, but other songs can sometimes feel forced and added on to scenes.

Jez Unwin played Mr Tumnus' solo in the opening number. This set the stage for a human war, and fear of winter.

The White Witch, played in the film by Samantha Womack is gathering all sorts of evil. She is lifted to the top in a climax song and skirt, similar to Wicked.

The second act opens with Santa appearing as an apparition. He sings and dances a jig, before giving weapons to the children.

Santa is the end of winter, the beginning of spring. With it, the lights start to dim and the stage glows warm orange.

Aslan, Chris Jared is introduced and the show begins to end.

The second act feels rushed. Aslan is introduced, sacrificed, and then risen in less than half an hour.

Aslan's puppetry is impressive, with two puppeteers working alongside the animal and an actor who is perfectly matched in style and shape.

To create a sense time and movement, space, dance, and aerial techniques are also used expertly throughout.

There are moments of pure beauty and moments that may scare younger viewers. But there are also moments that can raise your hair.

This Christmas story is for the whole family.

The Lion, The Witch, and The Wardobe at The Lowry will be on display until January 15, 2022. It is recommended that viewers aged 6+ watch the show as some scenes may seem a little frightening to younger viewers.

1 Hollyoaks Maxine offers to leave for good 2 How to make your vaccination appointment more convenient 3 Closed mosque in Kashmir belies India's religious... 4 Powerful typhoon hits Philippines, nearly 100,000... 5 Young Americans are motivated to make a difference:... 6 Ukrainian villagers in jittery fear a major war will... 7 Afghanistan's healthcare system is on the verge... 8 The AP Interview: Nikole Hann-Jones' warning... 9 Tornadoes kill two towns, leaving many in mourning. 10 The US is facing a double coronavirus spike due to... 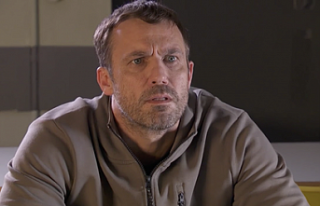