Chris Evans is not recognisable in Don't Look Up. Evans seems to be enjoying his post-marvel life. Fans believe they saw Chris in Adam McKay’s Don’t Look Up. Reynolds movie Free man is a shorter version. 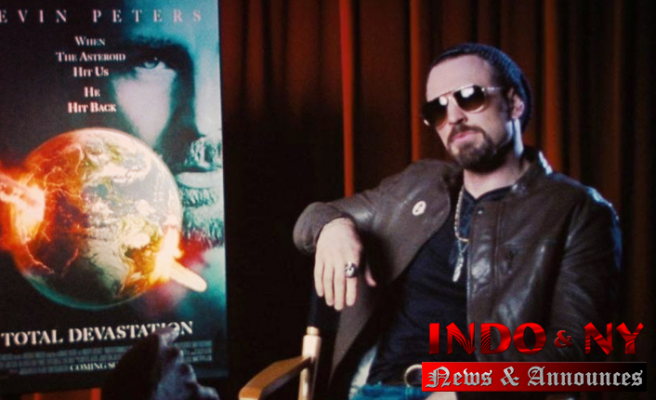 Did Chris Evans appear in the movie Don't Look Up?

If that is the case, then what role does he play?

Evans's role is not known.

Chris Evans appears briefly in "Don't Look Up" as Devin Peters, the actor who plays Dr. Randall. Randall is an astronomer and the subject of the documentary Don’t Look Up.

(Leonardo DiCaprio and Kate Dibiasky) as they find a comet that is the size of Mount Everest heading towards Earth, threatening humanity's existence.

Their yelps, despite their loud alarms to President Orlean, go unnoticed

The screenplay includes a joke about Total Ruination, a Hollywood movie that was based on the true story of the comet.

Chris Evans was not in the movie.

Don't look up ends with a short introduction to Total Devastation’s lead actor. He wears the Hollywood actor costume, which includes classy glasses, flawless dark hair and a beard.

Devin Peters is asked his opinion about Hollywood's support of the look-up movement during a press conference.

The "lookup movement", in contrast to President 0rlean’s "don’t look up" slogan, has enabled people around the globe "lookup" and see the real comet heading for Earth.

Devin replies by pointing at a lapel pin that has arrows pointed up and down.

Despite some viewers being surprised, Chris Evans plays Devin Peters!

Evans is difficult to recognize without his blonde hair and clean-shaven appearance.

Although his role is not credited, fans will recognize his Boston accent.

Adam McKay's amusing film is a testament to Hollywood's talent for creating "true events", films about real events, that exaggerate or publicize in order to make box office hits.

McKay could have contributed to this trend with Vice 2018, McKay's 2018 political thriller about George W. Bush and Dick Cheney.

You can now watch Don't Look Up on Netflix if you want to see more guest stars.