NEW YORK -- Shoba Narayan, Michael Maliakel, and their siblings grew up in different parts of the country, but shared a love for one film, "Aladdin." They both are Indian-American and saw people with similar looks in the animated film. NEW YORK -- Shoba Narayan, Michael Maliakel, and their siblings grew up in different parts of the country, but shared a love for one film, "Aladdin." They both are Indian-American and saw people with similar looks in the animated film.

This month, that shared love came full circle as Narayan, Maliakel, and the Broadway production of "Aladdin" have emerged from the pandemic. They played the roles of Princess Jasmine, and the hero of the title.

"I grew up in a world where there wasn't much representation of South Asian and Middle Eastern cultures in American media. Princess Jasmine was all I had. Narayan, a Pennsylvania native, says that she was a role model for me. She was someone I looked up to as intelligent, strong, independent, curious and self-reliant.

They arrived at "Aladdin", however, in different ways. Maliakel will be making his Broadway debut, while Narayan, a veteran of musical theater, has made her Broadway debut in "Natasha, Pierre & The Great Comet of 1812" as Eliza Hamilton.

When the pandemic struck Broadway in March 2020, she was playing Nessarose in "Wicked". April was contacted by her agent to inquire about the possibility of Jasmine auditioning. She sang "A Whole New World" while Zoom was in gallery mode. It made her appear to be on a magic-cart. She laughs and says that it was an unforgettable experience.

To meet with her face-to-face, Disney producers flew her from India to New York. Narayan was asked by Aladdin actors to read. "I went from being a wicked witch to being a Disney princess. You can't complain.

Maliakel is a New Jersey native. He is a baritone, who studied at Johns Hopkins University, and was the winner of the National Musical Theatre Competition 2014. He taught his voice flexibility and waited for the right window.

He says, "I didn’t see many people doing what my heart desired in the world." "There wasn't much representation. It's hard to see yourself in these situations when there is no role model or example to follow.

He was Porter's understudy and Porter in the national tour of "The Phantom of the Opera," that ended in Toronto right before the pandemic.

He laughs and says that he had always dreamed of Broadway. "I'm just trying to get my feet in the water in one of the most important male roles in this business right now. It's surreal."

Broadway's musical "Aladdin", based on the 1992 film starring Robin Williams, is now available for purchase. Chad Beguelin's musical adaptation of the 1992 movie is very similar to the film. A street urchin discovers a genie hidden in a lamp, and tries to win a princess. He stays true to his values and avoids palace intrigue.

The film features key Alan Menken songs, including "Friend Like Me", "Prince Ali", and "A Whole New World". Howard Ashman, Tim Rice, and Beguelin were the lyricists.

The show, with its two new leads, had a few performances in celebration of Broadway's recovery from the pandemic. However, it was forced to shut down for several days after breakthrough COVID-19 cases were discovered. Actors say safety is paramount to the cast, crew, and audience. Closing was the smart decision.

Maliakel states, "This is how theater can continue to be performed in the face of a pandemic." The other option is to not do it at all. That's not an option. If we look back at the past year, a week of lost performances will seem like a small blip.

Both look back with heart-thumping gratitude at their early performances, when they welcomed back theatre-starved audience members. They received 3-minute standing ovations for just singing "A Whole New World".

Narayan says, "It's every girl's dream that they can sing that song on a real flying carpet." "And the fact I was able to perform it on Broadway in the full-costume with the lights and 32-piece orchestra below me -- it was amazing. It was an emotional overload for me.

Maliakel recalls his brothers wearing out their cassette tape of "Aladdin" with them. He also remembers having lunchboxes, pajamas, and sheets that featured the film's theme. Aladdin was "every little boy's prince." He is now that prince.

He says, "Now, finally I get to get paid for it on the largest stage in the world -- it's not lost upon me how crazy that is." It's really overwhelming to feel the responsibility that comes with my current position. This moment feels larger than me in certain ways and that is something I take seriously. It's an exciting time. 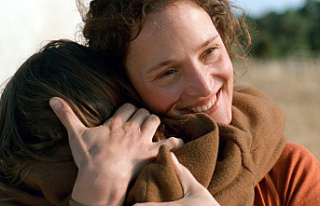 For Vicky Krieps, life and art blend on ‘Bergman...