A man and a woman lost their lives when two passenger cars on the Saturday morning drove head-on together on the island of Fyn. An 82-year-old woman and an 85 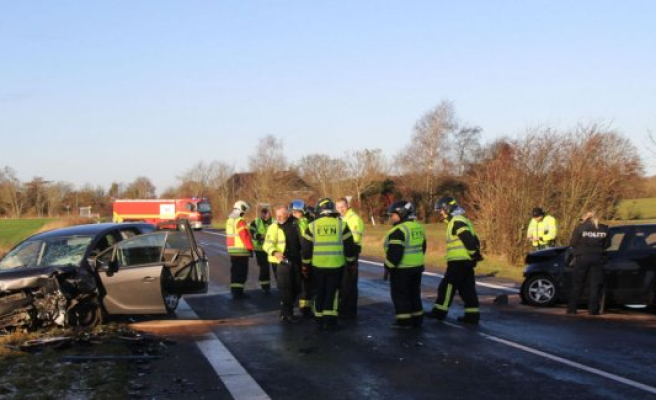 A man and a woman lost their lives when two passenger cars on the Saturday morning drove head-on together on the island of Fyn.

An 82-year-old woman and an 85-year-old man was on Saturday morning killed in a road accident in the north of the island of Funen.

the Accident happened on the Bogensevej between the Lake and Næsbyhoved-Broby.

The 85-year-old man sat behind the wheel, and the woman was in as a passenger when their car came over into the wrong lane and drove head-on into an oncoming car.

A bilinspektør have examined the scene of the accident and the two cars, if possible, to determine how the accident may have happened. But smooth lead may have played a role.

- Very slippery when the accident happened, included in the surveys, writes police on Twitter.

The other car was led by a 68-year-old woman from Nordvestfyn. She escaped from the accident with slight injuries.

the Man, who was killed, came from Nordøstfyn, while the woman came from Nordvestfyn. The relatives have been informed about the accident. Bailed up by the cops - a safe place