Prime Minister Dietmar Woidke (SPD) are absent in the case of re-election in the Landtag of three votes from the red-and-black-and-green coalition. The majority 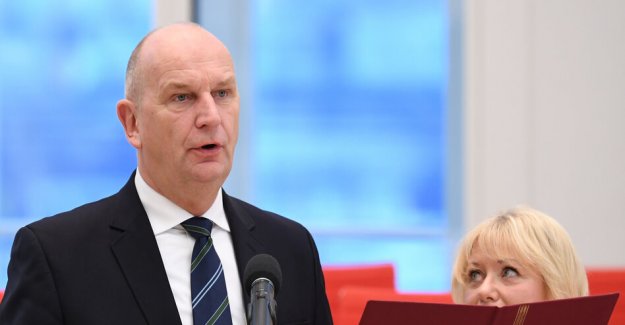 Prime Minister Dietmar Woidke (SPD) are absent in the case of re-election in the Landtag of three votes from the red-and-black-and-green coalition. The majority is hardly enough.

Squire box: Woidke (SPD) was by a narrow majority by the Kenya Alliance photo: Reuters

POTSDAM taz | The former Prime Minister and SPD chief Dietmar Woidke elected government remains the chief in Brandenburg. The Landtag in Potsdam chose him on Thursday morning, with 47 votes out of 87.

The new Kenyan coalition, in a German state Parliament, tested so far only in Saxony-Anhalt, made a mess of this, however, at Superbahis her first Test: she has 50 votes, three more than Woidke in the vote, got.

The missing votes were thought to be behind three abstentions, and the CDU assigned to: The Congress of the Brandenburg Christian Democrats last weekend, for example, had voiced the right of the CDU-wing attributable to members Saskia Ludwig, that you "have more or less agreed with a fist in the pocket" the red-and-black-and-green coalition contract.

The 37 no votes, the number of this morning's present opposition members from AfD, the left party and the Brandenburg United citizens ' movements / Free voters were.

1 A brilliant completion of the EM-Quali: Let them play! 2 Re-election Woidkes in Brandenburg: Kenya messed up... 3 30 years of UN children's rights Convention: protection... 4 New novel about Berlin: Satan and study group 5 Right-wing extremism in Spain: the fascists in the... 6 Dealing with wrong decisions: errors help to make... 7 Concert recommendation for Berlin: Sounding miracle 8 Waldorf, Weleda, Demeter, and Co: with your name dance 9 Congress of Berlin Left: The Left strikes back 10 Process tenants in a transparent Banner of terror 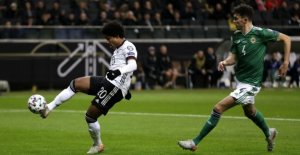 A brilliant completion of the EM-Quali: Let them play!