When Tres Cantos was at the forefront of semiconductors

It was the end of the eighties, when with great fanfare Spain was proud of having one of the most advanced microchip factories in the world. 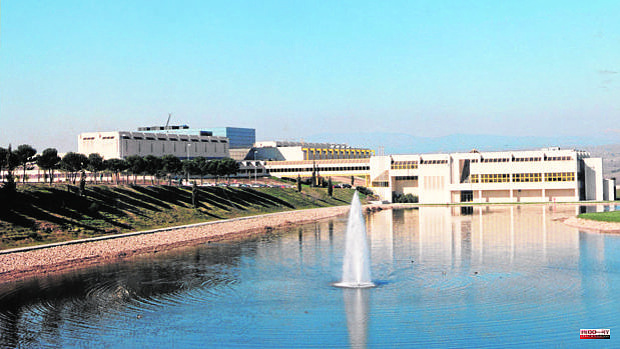 It was the end of the eighties, when with great fanfare Spain was proud of having one of the most advanced microchip factories in the world. Yes, yes, it has been more than thirty years since the seed of what could have been a powerful semiconductor industry began to be sown in our country. And also, with a production center. It was in 1987 when a plant was opened in the Madrid town of Tres Cantos, thanks to an agreement signed between the American multinational AT

The plant passed through various ups and downs in the market from hand to hand. In 1996 it was part of the Lucent Technologies group, in 2000 of Agere Systems and ended up in the hands of BP with a quite different purpose for which it had been built: it stopped manufacturing integrated circuits and dedicated itself to the production of photovoltaic panels.

Today it is closed to cal and song. "It was a very modern and advanced chip manufacturing center that was in operation for several years," recalls Joan Jané, a professor at IESE.

An opportunity was missed, but it happened in many other countries. "Many companies were relocating their manufacturing centers for a cost-benefit issue and moved them to emerging countries," says Eduardo Valencia, from Ametic. Today we have paid the price for those decisions, because we depend on third parties for the supply of microprocessors and semiconductors.

Today the microchip and semiconductor industry in Spain is made up of SMEs and startups that are mainly dedicated to chip design and some to the final part of the manufacturing process: encapsulation, assembly and testing. Precisely, the Madrid-based company KDPOF has expressed its interest in also moving a large-volume plant to Tres Cantos to develop this last part of the process. This company works within the automobile industry, so its first chips assembled and tested in Spain would be aimed at this industry, however, they do not rule out the possibility of expanding to others.

Also in our semiconductor ecosystem there is representation of multinationals. This is the case of the American company MaxLinear, which has established a division in the Valencian town of Paterna. Actually the origin of this department is a Spanish technology company (DS2) that emerged 20 years ago and went through several stages until it was bought by the American company. Now he is dedicated to the design of chips for any type of communications, by cable, Wi-Fi or wireless. "Our chips have many applications and are advanced technologies: for transmission of information over the electrical network, for the 5G network, for Wi-Fi 6... We are working on a project to design a chip for Wi-Fi 7 that will be deployed in four or five years and we have also developed a 5 nanometer technology chip”, says Marcos Martínez, director of standards at MaxLinear.

Martínez gives an idea of ​​the complexity of these processes: «From the time it is decided to make a chip until it appears in the first products on the market, three years can pass». Many actors are involved in this: «A chip –he details– can go through seven different countries in its manufacturing process and each country is specialized in one phase of the process. This cannot be compared to a classic industry. Microelectronics is a global market.”

1 Spain sprints to rejoin the industrial platoon of... 2 US and S. Korea launch missiles at sea to match North's... 3 The new delegation of the Generalitat in Slovenia... 4 Sánchez will explain his pact with Rabat after 82... 5 A fighter-bomber in the garden 6 Sit-ins and insults embarrass Biden at his American... 7 No one as great as Nadal, an isolated case of longevity... 8 North Korea fires eight short-range missiles 9 Sri Lanka's new PM fights for economic stability... 10 Putin warns West not to send arms; Kyiv is hit by... 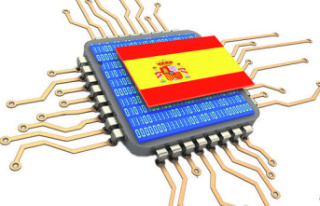 Spain sprints to rejoin the industrial platoon of...