What does it mean that Russia has entered into suspension of payments?

Russia has entered into suspension of payments after ending the moratorium granted for the payment of nearly 100 million dollars in interest on its sovereign debt, according to the Bloomberg agency on Monday. 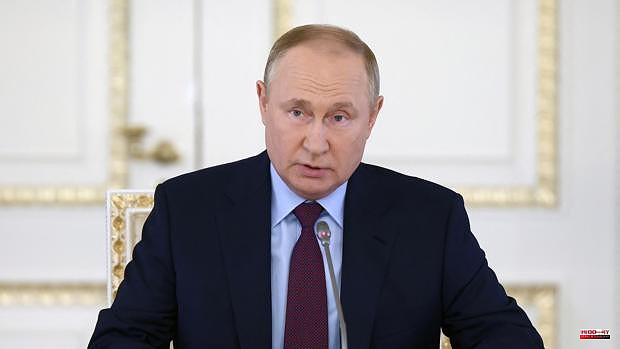 Russia has entered into suspension of payments after ending the moratorium granted for the payment of nearly 100 million dollars in interest on its sovereign debt, according to the Bloomberg agency on Monday. Russian Eurobond creditors did not receive payments due on two debt security issues: €26.5 million for euro bonds and $71.25 million for dollar securities.

What consequences will the suspension of payments have for Russia?

According to Bloomberg, this situation is considered a 'default' or suspension of payments and it is the "culmination of increasingly severe Western sanctions that have blocked the ways of payment to foreign creditors." "It is a grim sign of the country's (Russia) rapid conversion into an economic, financial and political pariah," the agency said.

In parallel, Bloomberg highlights that given the deterioration that the Russian economy has already suffered, the 'default' hardly changes the daily life of Russians and it is an event of a "rather symbolic nature".

How has this situation come about?

It should be remembered that on June 22, the President of Russia, Vladimir Putin, signed a decree that gave the green light to pay Russian obligations in rubles against foreign holders of Russian State Eurobonds. Financial sources have already warned that the payment of the debt in rubles could lead to a breach of the issue prospectus and lead to a suspension of payments.

In this regard, the credit rating agency Fitch already warned Russia last March that if it made the disbursement of the coupons of its debt issued in dollars in rubles, this act "would constitute a sovereign default" once the grace period of 30 days.

What scenario opens from now?

In the scenario that is now opening up, there are several options for debt holders. After the default, the creditors and the country will have to negotiate how to reach an understanding, as the experts assure. The usual solution is usually to make a discount on part of the amount owed, but in this case everything is different. Russia has liquidity to carry out the disbursement but its assets are blocked and the payment in rubles is not acceptable.

How has Russia reacted to the 'default'?

No official statement has yet been made by the Russian authorities in relation to the news released by Bloomberg, reports Rafael M. Mañueco. However, the Russian Ministry of Finance announced before that it is not considered suspended, arguing that on May 20 it transferred funds to the National Settlement Depository (NSD).

Can Russian assets abroad be seized?

If a spiral of defaults is entered into with the rest of the outstanding bonds, the only way open to international creditors is to seek compliance through judicial channels. This alternative solution could lead to an embargo of Russian assets abroad as a way for creditors to collect amounts owed. On the other hand, investors remember that Russia's foreign bonds are trading at barely 20% of their nominal value, an extreme that confirms the difficulties for the country to face the payments it has pending.

How is this suspension of payments different from the one in 1998?

The suspension of payments produced in 1998 was selective. In other words, it did not affect the entire debt in general, but only certain payments. For example, the debts contracted in rubles were paid. That is why it is considered that the last "complete" suspension of payments was the one that occurred at the beginning of the 20th century.

1 BBVA's new notice to its customers for June 30 2 From leader of the ultras to president of Hertha 3 The 23 from Spain for the European Championship: Salma... 4 The PSOE hangs the LGTBI flag from the windows of... 5 Toledo City Council displays the rainbow flag to express... 6 Runners will have a discount to travel with Renfe... 7 Aspace demands a comprehensive plan so that people... 8 ETA victims demand from Congress that there is no... 9 A large-scale cocaine trafficking criminal organization... 10 The court agrees to stop the 'puncture'... 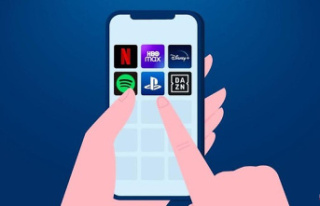 BBVA's new notice to its customers for June 30