Viñedos de Álava, the project that threatens to fragment the Rioja denomination of origin

An internal matter of the Rioja Qualified Designation of Origin (DOCa Rioja) sneaked in last Tuesday at the press conference after the Council of Ministers. 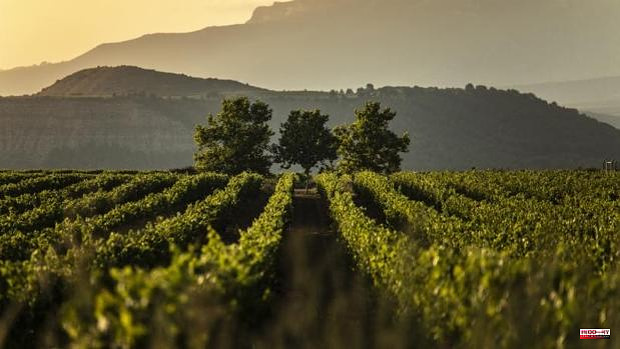 An internal matter of the Rioja Qualified Designation of Origin (DOCa Rioja) sneaked in last Tuesday at the press conference after the Council of Ministers. A journalist asked the Minister of Agriculture, Luis Planas, about the sending to Brussels of the project promoted by the Association of Wineries of Rioja Alavesa (ABRA) to create its own Denomination of Origin, 'Viñedos de Álava', information advanced the day earlier by the newspaper 'Berria'.

The minister recalled that, in this case, the Government is not competent since the future denomination will be in the territory of a single autonomy (Basque Country) and he limited himself to transmitting the file approved in Vitoria to the European Commission. However, the head of Agriculture did take a personal position: "Anything that can lead to increasing the weight and sales of the agri-food sector is welcome, anything that contributes to weakening the brand image is not positive," Planas commented.

Europe and the Spanish courts now have the last word, since since September 2021, the decision of the Government of PNV and PSE to process the registration of the Denomination Viñedos de Álava, is appealed before the High Court of Justice of the Basque Country ( TSJPV).

So, is it feasible for the century-old DOCa Rioja to split? Who is behind this initiative and with what support? And above all, what could be the consequences? Sources from the Rioja Alavesa Winery Association (ABRA), which has three votes out of 100 and one member on the Rioja regulatory council, explain to ABC that the decision to promote its own denomination of origin was adopted 6 years ago. An initiative that they justify in "the wine history of Álava", beyond the more than 100 years of life of Rioja, and add that it is "a free business decision", distancing themselves from possible political interpretations.

In this sense, they claim that it is the best way to defend the wines of Rioja Alavesa (one of the seven counties into which the province of Álava is divided and whose capital is Laguardia) and argue that belonging to Viñedos de Álava is not incompatible with producing for Rioja.

A very different opinion is expressed by Fernando Ezquerro, president of the regulatory council of the DOCa Rioja, who dismisses all of the above as "disloyalty" and denounces that it is intended to "create a different appellation of origin based on the attributes of Rioja and therefore neither is it well seen by wineries in its own territory». In the same way, he does not see it feasible that the same winery could combine both denominations: «There is exclusivity. In Rioja wineries no one can make another wine," says Ezquerro, who sees the option of creating a subdenomination as "absurd" and recalls that the denomination existed "before the autonomies."

In a similar vein, Íñigo Torres, general director of Grupo Rioja (78 votes out of 100 on the governing council and 10 members), believes that the solution lies in the segmentation that is already allowed in Rioja. "Five years ago we reinforced it with wines from the area, municipality or singular vineyard, which allow us to clearly identify on the label whether a wine is from Rioja Alavesa or Rioja Oriental", explains Torres. From the governing body of Rioja, they also provide two pieces of information: in total there are 571 wineries registered with the Rioja Qualified Designation of Origin bottling registry, of which 232 are located in Rioja Alavesa.

The crux of the matter is how many would support a split from Rioja. From ABRA they do not give specific figures -there was talk of 40 wineries, although different information reduces to 15 those willing to take a step forward- and they point out that it is a "personal option" of each winery owner. "We respect that other wineries decide to remain in another framework," they point out in this regard. They do confirm to this newspaper their willingness to apply for Temporary National Protection, although they have not yet materialized, in order to produce wines under the Viñedos de Álava label. A figure regulated by Royal Decree 1335/2011, and, specifically, in its article 17. It leaves the authorization of this permit in the hands of the Vitoria Executive, since the territory of the hypothetical denomination would be limited to the Basque province of Alava. If it included part of Navarra, for example, Planas would have the last word.

In this regard, the head of the Regulatory Council, Fernando Ezquerro, anticipates that they will appeal an eventual concession through the administrative and judicial channels. “As a regulatory council we have voted against all the decisions against this initiative, with more than 90% of the votes,” says Ezquerro.

But can the split come true? Legal sources of the Interprofessional Organization of Rioja Wine, consulted by ABC, confirm that Brussels "will not get into the background, only whether or not they meet the formal requirements" and avoid making a clear statement, since "it is a case that is not has ever raised." At this point, the so-called national "oppositions" (allegations) and, above all, the European ones can be key. “If no opposition is presented, they may make a favorable decision, but Europe will have to abide by what the Spanish courts say, unless the Europeans are resorted to,” these sources point out.

Torres, CEO of Grupo Rioja, is clear: "We are convinced that a large part of the motivation is political issues." For this reason, they ask to be allowed to make their own decisions "without interference".

1 A victim of an abusive facility seeks out her Korean... 2 Former president of Bolivia sentenced to 10 Years... 3 US: China's military activities around Taiwan... 4 NBA Finals: An unstoppable Curry ties the series between... 5 UK military: Russia uses anti-ship missiles against... 6 The booths of the Madrid Book Fair will close this... 7 Venezuela president praises Iran fuel shipments during... 8 Unbeatable Climent on the first day of the Cutty Sark... 9 "Essentia" and "Stella" leaders... 10 Provisional prison without bail for the alleged perpetrator... 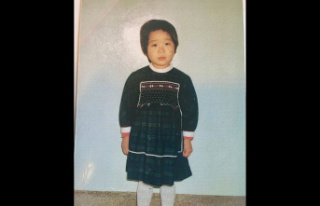 A victim of an abusive facility seeks out her Korean...