Vermiculture pays for the future of the Spanish countryside

Vermiculture or vermiculture is the breeding and production of worms to treat organic biological waste and recycle them as fertilizer called earthworm humus or vermicompost. 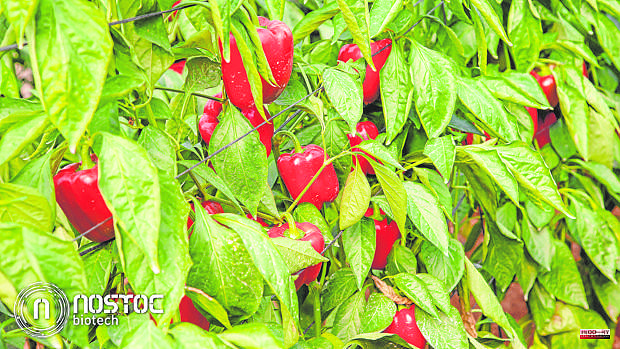 Vermiculture or vermiculture is the breeding and production of worms to treat organic biological waste and recycle them as fertilizer called earthworm humus or vermicompost. Efficient, ecological and sustainable, but not new. The ancient Egyptians already knew that earthworms 'helped' the fertility of the Nile Valley. Aristotle called them "the intestines of the earth". And Darwin wrote the book "The formation of topsoil by the action of earthworms, with observation of their habits." It was in the USA, in the 1940s, when breeding began for economic purposes. “Vermicompost is characterized by a higher concentration of nutrients and a higher microbial load. The worms digest the fresh organic matter and mineralize it, turning it into inorganic, which is how plants need the nutrients", explains Raúl Ortega, doctor of Edaphology and Agricultural Chemistry of the Department of Agronomy of the University of Almería.

Nostoc Biotech, a pioneer firm in Spain in the production of earthworm humus, was founded in 2014 by Enrique Cat and Guillermo Herrero. Cat abandoned her Biology degree and tied his fate to Herrero, an expert in the field. With more than 20 employees, they invoice over three million and in three years they plan to produce 20,000 tons, tripling the current 6,000. Its main production plant is located in the town of Peraleda de la Mata in Cáceres.

The process is complex, points out Herrero: «To achieve the best quality, the manure comes from the same places. They are animals that eat in the field. The microbiology of their feces is rich and varied. We precompost with machinery that develops humidity between 50 and 60%. In addition, it is turned to obtain a temperature between 65-70 degrees. This process takes a month, but it is not a finished composting. You have to let it cool down to 25 or 27 degrees and then the worm converts that precompost into humus. In the end, the process takes between 8 and 10 months.”

There are 8,000 types of worms worldwide, but in vermicomposting two species called “Californian red worm” are used: Eisenia Foetida and Eisenia Andrei. "At Vermiduero we use Eisenia Andrei, although in practice they are mixed," says Nazaret Aparicio, co-founder of this company with her partner Samuel Sanz, a geographer. Herrero says that, despite the name 'California', she is Eurasian. “It is an earthworm that has always lived in the forests of Europe. One becomes 1,500 in a year », he adds. Vermiduero is in Roa (Burgos). «We began to shape the project at the end of 2016. We have been marketing since last year. We are still in the expansion phase and our production is 600 tons per year," says Aparicio. In their facilities they use horse manure from a nearby stud farm.

The regulatory framework presents difficulties. That is why different regulations must be taken into account before requesting permits. Herrero maintains that administrations talk about sustainability and ecology, but then the reality is different. He endorses him having set up 50 farms: «It is much easier to make a pool with plutonium than to have a vermiculture farm. When you ask for a license there are many problems and difficulties. Aparicio points out that "the product is classified as an organic amendment, it is not considered a fertilizer."

Another of its advantages is that one ton of humus is equivalent to 12 tons of cattle manure and 4 tons of compost. In addition, earthworm humus is presented as a serious alternative to chemical fertilizers, in continuous price escalation. For Aparicio, these are different products: «It is easier to compare humus with other organic products such as manure or compost. The increase in the price of chemical fertilizers encourages people to be interested in earthworm humus».

According to Ortega, "if integrated management is carried out from an ecological point of view, it can be a sufficient and decisive option." Herrero believes that it is a question of mentality: “Our products work better than chemical fertilizers. It is difficult to change the way of acting in agriculture, which has a lot of inertia, but there is an explosion”. The University of Almería has tested Nostoc's earthworm humus in intensive farming in the province. “Initially we tried it with peppers in a greenhouse. We achieved quite remarkable results in terms of quality and production," reports Ortega. The research group RNM 934 (“Agronomy and Environment”) of the University of Almería also works on projects related to the restoration of degraded soils, soils that were typically agricultural, such as abandoned farmhouses decades ago, which had an area around where They did subsistence farming. «One of the products used for this recovery is vermicompost -explains Ortega-. We are getting very interesting results.”

1 Spanish vision to guide ground surveillance from space 2 Lessons from Portugal for space launch 3 The disruption of 'pocket' nuclear reactors... 4 Statisticians are fed up with the criticism and denounce... 5 «The Algerians have a culture more similar to the... 6 These are the cheapest hours of electricity this Sunday,... 7 The Chamber of Spain awards the Chambers awards 8 The Supreme Court endorses the dismissals for insulting... 9 Sauces with rapeseed oil and muffins with palm fat:... 10 Héctor Grisi, a new Santander CEO to attack Mexico 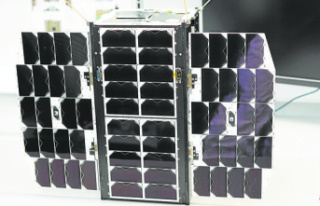