Tourist spending skyrockets above 8,000 million in May, 474.8% compared to a year earlier

The number of foreign tourists has reached in May the visit of 7 million international tourists. 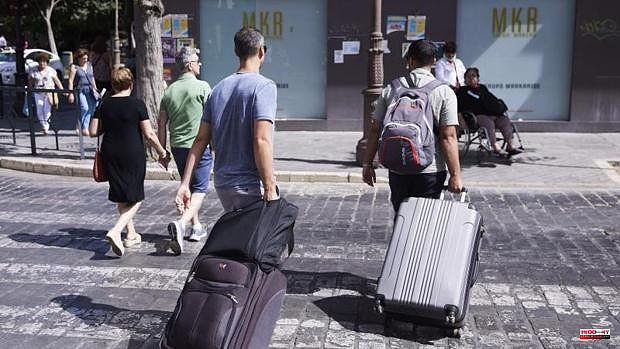 The number of foreign tourists has reached in May the visit of 7 million international tourists. This has meant multiplying by more than five the figure for the same month last year (411.1%), when 1.4 million foreign tourists arrived in the country, according to data published this Monday by the National Institute of Statistics (INE). ). The total expenditure of international tourists who visited Spain in May has reached 8,023 million euros, which represents an increase of 474.8% compared to the same month of 2021.

In this way, with this new upturn, Spain has already accumulated 12 consecutive months of year-on-year increases in terms of international tourist arrivals and spending in Spain.

Specifically, the average expenditure per tourist increased by 12.5% ​​year-on-year in May, reaching 1,152 euros, while the average daily expenditure grew by 25.7%, to 177 euros.

The United Kingdom stood out as the main source market in May, with almost 1.7 million tourists and an increase of 3,128.2% compared to May 2021. Germany and France were the next countries with the most tourists who visited Spain. Specifically, Germany has contributed 975,241 tourists, while France has contributed 925,994 visitors, almost three times more than in May 2021 in both cases.

During the first five months of the year, international tourist spending has multiplied almost eightfold (690%) compared to the same period in 2021, reaching 26,776 million euros. Between January and May, the number of international tourists arriving in Spain has already exceeded 22.7 million, 609.3% more than in the first five months of last year.

1 Notice from Repsol and Cepsa to their customers about... 2 Arsenal signs Gabriel Jesus for 50 million euros 3 Satse denounces that 200 beds will be closed in Castilla-La... 4 Alert of the nurses for the coronavirus in Valencia:... 5 The head of the UEI, in an "irreversible"... 6 The weather in Valencia: double alert for the arrival... 7 'Passive elements' will be installed in... 8 2022 work calendar in Valencia: all the holidays in... 9 Galicia records the third largest drop in unemployment... 10 A minor of about seven years dies when falling through... 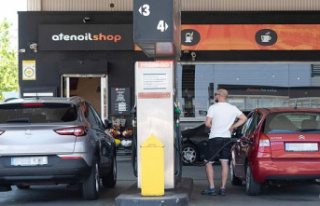 Notice from Repsol and Cepsa to their customers about...