Tiptoeing through the NATO Summit: The black olive, the latest open trade conflict with the US.

"The United States and Spain are friendly countries and it makes no sense that they punish us with tariffs that are not justified," Antonio de Mora, the general director of the Spanish Association of Exporters and Industrialists of Table Olives (Asemesa), told ABC. 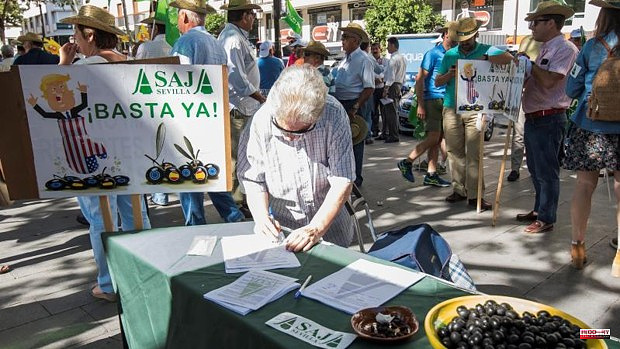 "The United States and Spain are friendly countries and it makes no sense that they punish us with tariffs that are not justified," Antonio de Mora, the general director of the Spanish Association of Exporters and Industrialists of Table Olives (Asemesa), told ABC. This is how he summarizes the situation experienced by Spanish black olive exporting companies that, since August 2018, have faced a 35% tariff - 20% for anti-dumping at the request of the Californian olive sector and another 15% to compensate for aid allocated by the Common Agricultural Policy (CAP) - and which has caused them losses of more than 170 million euros. In addition to losing more than 70% of exports to the United States in favor of Morocco, Portugal and Egypt.

On the occasion of the NATO summit, which is being held in Madrid between this Wednesday and Friday, Asemesa has sent letters to Felipe VI and the Prime Minister Pedro Sánchez asking them to take advantage of bilateral contacts with the President of the United States John Biden , to try to advance a solution. Spain happens to be one of the main exporting countries of black and table olives. Each year around 1,300 million euros are invoiced and the sector directly employs 8,000 people.

All this, in a context in which progress has been made both on the judicial front and in international arenas such as the World Trade Organization (WTO). Specifically, at the end of last year, the United States decided not to appeal the contrary report to the tariff approved by the Dispute Settlement Body (OSD). Which meant that he admitted the arguments against this tax on Spanish black olive exports. However, to date, it has not specified how it intends to remedy this situation. Neither calendar nor concrete measures. To make matters worse, black olive exporters had 10% of their sales abroad in the Russian and Ukrainian markets.

In parallel, Asemesa has already spent 8.5 million euros on lawyers to defend itself before the US justice system. From this association they point out that, in a few days, the courts are expected to rule for the third time on the tariff. On the two previous occasions they have ruled in favor of the Spanish exporters: «In a few days we expect a third ruling along the same lines, although the judicial decisions within the American procedure are not enforceable unless the judge decides so and, normally, they give another chance to public administration. For us, they are failures that have proved us right in our main argument, “explained De Mora.

Another line of defense involves collaborating with the Office of the United States Trade Representative, specifically, with the so-called 'administrative reviews' (the next one for this tariff is set for June 2023), although the companies investigated are selected by the Americans. . This year 5 Spanish companies are benefiting from a reduced tariff of 7.5% (the rest of the industry has it at 35%), which may be revoked in 2023.

"We are very disappointed and disappointed," De Mora summarized, criticizing the political silence and fearing that the latest trade dispute with the United States will tiptoe through the NATO Summit.

1 High mountain chefs meet in Andorra 2 Òmnium's lawsuit admitted for espionage with... 3 The Plaza Mayor, another 'NATO zone': the... 4 Cristóbal Bargueño de la Plaza, first permanent... 5 The Saxem Festival begins the cultural summer at the... 6 These are the cheapest hours of electricity this Tuesday 7 Agrarian organizations support the anti-crisis decree... 8 Petete Rubio received the Laurel Award in the Supporting... 9 The Board will make a census of the victims of terrorism... 10 Fleeting meeting between Sánchez and Aragonès in... 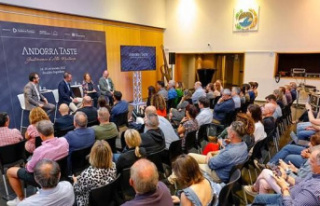