The Supreme Court will study whether the Treasury's requirement that the Personal Income Tax return (IRPF) be submitted compulsorily by electronic means via the Internet is legal. 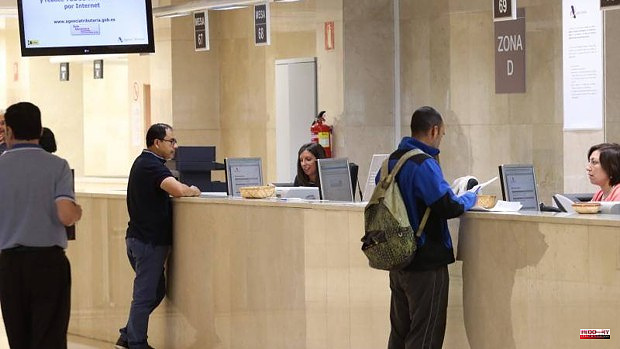 The Supreme Court will study whether the Treasury's requirement that the Personal Income Tax return (IRPF) be submitted compulsorily by electronic means via the Internet is legal.

The magistrates will rule on this aspect once they have admitted for processing the appeal filed by the Spanish Association of Tax Advisors (AEDAF) against the decision of the National High Court to consider in accordance with Law that the order that establishes the presentation of the declaration of the Personal income tax, mandatory, via 'online'.

The court has agreed to study the merits of the matter, considering that the association's appeal presents "objective appeal" to form jurisprudence because the Supreme Court has not ruled on the matter on previous occasions.

In an order dated May 25, the magistrates explained that the issue raised by the association "affects a large number of situations", which makes a pronouncement by the Supreme Court "convenient" to clarify the matter and provide legal certainty.

The first section of the Contentious-Administrative Chamber has stressed that, apart from the fact that this matter deals with a tax that affects a large number of taxpayers, "two relevant questions arise" regarding the appeal filed by the lawyer Esaú Alarcón, from the Gibernau office, on behalf of the association.

On the one hand, the magistrates have underlined "the scope and extension of the supplementary nature of the regulations" on the administrative procedure contained in the Law of the Common Administrative Procedure of Public Administrations with respect to tax procedures. As they have detailed, the aim is to »clarify« whether the existing regulation in said law on the obligation to interact electronically with public administrations is applicable to the tax field.

On the other hand, they have deemed it pertinent to "clarify whether a regulation of this nature, which affects the rights and duties of citizens, can be carried out by way of a second-tier or level regulatory norm, as is the case of a ministerial order. « such as HAC/277/2019.

As specified by the Supreme Court, the rules that in principle will be subject to interpretation are articles 14 and 129 and the second section of the first additional provision of the Law on Common Administrative Procedure of Public Administrations.

Article 96.5 of the Law on Personal Income Tax (IRPF) and the partial modification of the laws on Corporation Tax, on Non-Resident Income and on Wealth will also be analyzed. And they will also review articles 7.2, 96.1 and 2, 97.2 and 98 of the General Tax Law; and article 117 of the Royal Decree approving the General Regulations for the actions and procedures of tax management and inspection and development of the common rules of the procedures for the application of taxes in connection with various articles of the Constitution.

In the resolution, for which Judge Esperanza Córdoba has been a rapporteur, the court has underlined that "the issue raised by this appeal is related to the problem of the so-called digital divide and a recent campaign" in which the »need« to maintain face-to-face service in the banking sector.

1 El Corte Inglés adds new closures as part of its... 2 Puerto Sherry begins preparations for the Pedro Bores... 3 The Board reinforces the staff that will manage the... 4 The region registers 1,917 cases of Covid in people... 5 The story of the huge brothel that turned Valencia... 6 The ADDA presents its new season "Divine Poem"... 7 An unidentified fishing boat loaded with 560 kilos... 8 Open day and guided tours in the Municipal Archive... 9 Health notifies 3,019 new cases of coronavirus and... 10 "I'm not going to jump after you":... 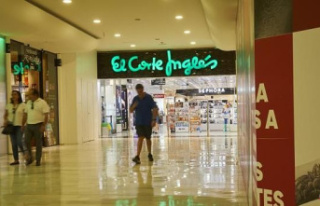 El Corte Inglés adds new closures as part of its...