The shared bike service has become part of the usual urban landscape of any European city once it reaches a certain size. 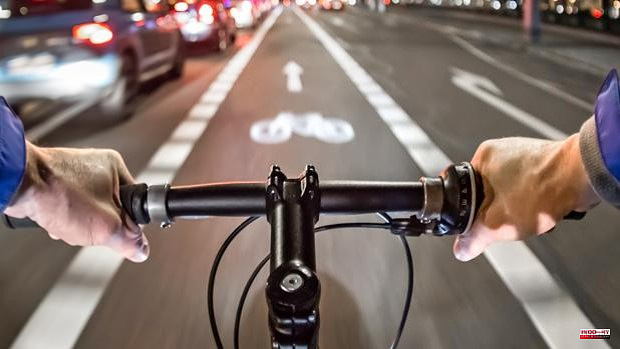 The shared bike service has become part of the usual urban landscape of any European city once it reaches a certain size. It is called BiciMAD in Madrid, Bizi in Zaragoza, Bicing in Barcelona or Sevici, in Seville. In these cases, it is a municipal public service offered by city councils to promote the transport of its citizens and visitors in a sustainable and fast way. This allows traffic to be decongested by reducing the use of private cars and reducing CO2 emissions into the atmosphere, an issue that is increasingly worrying city councils and regulators.

"These types of micromobility vehicles are usually used to cover short distances," says Isabel García, director in Spain of Free Now, a platform that allows the rental of electric bicycles in various cities on the planet.

To use the services of this company, which is backed by the BMW Group and Mercedes-Benz, customers must download an application to unlock the electric bicycle that is parked on the street. In Madrid and Malaga they operate under the Dott brand, while in Barcelona they operate under Cooltra. "Soon we will integrate a new operator, extending our offer and reinforcing our commitment to bikesharing," says García.

«Rental bicycles and scooters have a very interesting use in tourist cities, providing visitors with a quick and easy way to get around. But they are also increasingly rooted among residents”, says Enrique Dans, professor at IE Business School. The expert believes that these systems are increasingly used by city dwellers due to the potential problems of owning a vehicle, as it is often difficult to park or subject to theft. "Some cities like Paris, with its mayor Anne Hidalgo at the helm, have made a strong commitment to bicycles and scooters as a way to decongest the city," says Dans.

Given the growing interest of cities in having different mobility systems that improve the quality of life of their inhabitants, a large number of private companies have emerged that offer bicycle rental that can be left parked anywhere in the city, such as the which operates Mobike, one of the main players in the sector, which rents orange vehicles in various cities around the world. Unlike municipal services such as BiciMad, Bizi or Bicing, these companies such as Mobike do not have a specific infrastructure to park them, which creates problems in cities since sidewalks can be blocked for pedestrians and visual pollution is produced.

"The trend is, undoubtedly, to allocate specific spaces to the parking of these vehicles, relegating the so-called 'dockless model'", comments Dans. This eliminates the inconvenience of park-anywhere models. To achieve this change, most cities are allocating parking spaces to shared bike systems, which reduces the availability of parking for cars and, consequently, reduces the car park by making the ownership of private vehicles less attractive. .

The market for private bikesharing companies is full of players like Mobike, the brands that Free Now operates, Donkey Republic and many others. Currently there is a universe of platforms, so the experts consulted consider that there will be a concentration of the market. However, new players continue to appear who invest in companies in this sector that try to differentiate themselves by not concentrating on large cities such as Madrid or Barcelona, ​​but rather on medium-sized cities.

An example is the purchase of the bike-sharing company nextbike last year by Tier, a German company that offers urban mobility services such as electric scooter rentals. "Through this acquisition, we took the step to become the first truly multimodal platform in the sector, combining station-based bicycles with tetherless electric scooters, bicycles and motorcycles," says Manuel Arauco, director of Tier in Spain.

Part of the tendency of these companies is to become companies that offer a comprehensive range of urban mobility services. Cabify, for example, in addition to offering transportation in cars with a driver, also rents motorcycles and scooters by the hour. The same happens with these 'bikesharing' companies by including various micromobility services such as Tier or Free Now, which also allows you to rent car trips in the style of Cabify or Uber.

“We want micromobility to be accessible in all cities that need it. Demand has grown exponentially in Spain since the pandemic," says Tier's Arauco. With nextbike, the company offers its services in Bilbao, Ibiza, the University of Deusto and León. "Our next landing is scheduled to be in Mallorca, where we will deploy a total of 800 bicycles, of which 240 will be e-bikes," says Arauco.

From Free Now, García considers that in Spain there is still growth opportunity in the big cities, but above all in the outskirts, since they are vehicles that take up little space for which a driving license is not required. "There is still a lack of mentality in Spain in the use of these apps and the new mobility vehicles, but in many European countries it is already very common to go to work, for example, with an electric motorcycle or shared car to the center", Garcia says.

The size of the global bike-sharing fleet is expected to reach 35 million bikes by 2025, according to a study by Global Market Insights. And the expectation is that this business model will continue to grow. According to a study by Research and Markets, the global bike-sharing market was worth $3.28 billion in 2021 and is expected to reach $4.49 billion in 2027.

"From an investment point of view, the attraction lies in the opportunity to be able to make an 'exit' for a potential concentration of these companies in the near future," says Stéphan L. Maisons, chief strategy officer at Fellow Funders. By the term 'exit', Maisons refers to a common term in the world of startups that consists of selling the shares held in a company. "This 'build up' process should allow consolidation into two or three global players," says the expert, who sees that this sector will continue to grow as cities increasingly close the traffic of thermal vehicles.

However, it is a sector plagued with challenges that complicate the decision process for investors to choose the right company. On the one hand, there is the uncertainty surrounding access to finance for startups, as the end of more than a decade of cheap money monetary policy has led to cheap access to capital to invest in risky projects, such as start-ups. technological. As a result of this paradigm shift, many Silicon Valley technology companies have had to carry out massive layoffs to ensure their survival.

"Bikesharing startups are no strangers to this problem and will have to adjust their templates and be increasingly efficient in their operations," says Maisons, who believes that those with the best chance of remaining in the market are those established brands with a mass criticism of recurring customers that allows them to have a positive Ebitda and be able to weather the possible capital crisis.

The bike-sharing business faces a number of challenges of its own. On the one hand, there is the regulatory issue, since cities are regulating the operation of this type of company to avoid an invasion of bicycles on the streets. On the other, the social, since, for example, in the Netherlands the use of the bicycle has been common for decades, while in cities like Madrid it is relatively recent. Another challenge is the excess of competition, since there are hundreds of different applications that offer a similar service. «The main challenges have to do with overcoming the idea of ​​'toy' and being seen as an interesting option for almost anyone, who must also be able to have a perception of safety derived from the possibility of moving in spaces specially enabled for their use« , says Enrique Dans, a professor at IE University.

1 The drought of agricultural engineers cracks the future... 2 Kiss: the goodbye of a legendary group 3 Castilla-La Mancha has 138,396 unemployed, 40,236... 4 More than 4,700 Castilians and Leonese leave the strike... 5 The Generalitat Valenciana warns of the “worrying”... 6 Belarra demands more social spending in the Budgets... 7 Two deceased and one injured after colliding two cars... 8 Pedro Cavadas' notice about the use of masks,... 9 Geographer assures that building on lava is an "unfulfillable"... 10 New tobacco prices in Spain from this week: this is... 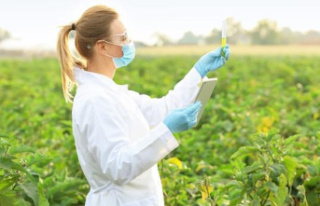 The drought of agricultural engineers cracks the future...