Less than a month before Brussels asks Spain for explanations about the progress made in the reforms committed for the first half of 2022, which will allow the second tranche of aid for this year worth 6,000 million euros, the Government still it does not have the white 'fumata' for the new contribution system for employed workers. 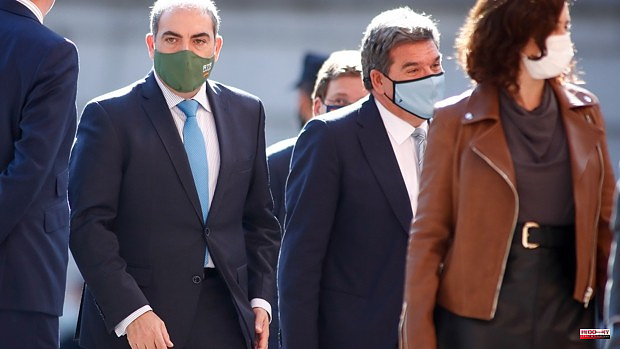 Less than a month before Brussels asks Spain for explanations about the progress made in the reforms committed for the first half of 2022, which will allow the second tranche of aid for this year worth 6,000 million euros, the Government still it does not have the white 'fumata' for the new contribution system for employed workers.

In the last meeting held between the Ministry of Inclusion, Social Security and Migration, although progress was made in meeting points on the modification of the benefit system that will accompany the contribution brackets, part of the group represented at the work table once again showed your rejection.

Precisely, one of the concerns that exists from the reform is to know what will happen to that millions of self-employed who are expected to reduce the monthly fee due to their low income, but that in the draft transferred by the Government, and to which it has had ABC access, a reduction in the regulatory base is also applied, which would eventually imply a proportional reduction in disability, cessation of activity or retirement benefits.

From the Associations of Autonomous Workers (ATA), its president Lorenzo Amor assured at the end of the last meeting that "the positions are very far apart" between the proposal that the Government has issued and the one that the association transferred a few weeks ago together with CEOE and Cepyme. He assures that the table of sections with the new prices "is unacceptable with the one that is falling in the country."

As ABC was able to learn when accessing the draft sent to the social agents, Escrivá's new last attempt to bring ATA's positions closer to the almost complete agreement with UPTA and Uatae includes a minimum fee of 250 euros per month and the highest, for workers with higher earnings, it stands at 550 euros per month between 2023 and 2025.

Not in vain, the scheme proposed jointly by the employer begins with a minimum fee of 205 euros that is maintained for the three years indicated if the net returns are equal to or less than 700 euros per month. In the highest section -with net yields greater than 3,620 euros per month-, the minimum fee is set at 329.7 euros in 2023, 365 euros in 2024 and 400.4 euros in 2025. At the moment, it seems difficult to approach CEOE, Cepyme and ATA with the current proposal, assuming the highest section, with a fee of 550 euros, an effort of up to 150 euros greater than that proposed by the associations.

"Raising the contributions between 33% and 90% to practically a million self-employed is something that we are not going to accept," Amor asserted after the meeting with the cabinet of Minister José Luis Escrivá, who has promised for the next to bring an already articulated proposal to the associations to try to carry out the reform that has to be presented to the European Commission in a few weeks.

“Either the Government brings its listing proposal closer to what CEOE, Cepyme and ATA proposed or unfortunately we will not be able to reach any type of agreement,” Amor affirmed, assuring that this increase in Social Security costs is added to the increase in fuel prices and the increase in production costs.

Although the sections and the quotas proposed by the Government do not equally convince the representatives of the self-employed, it seems that there is a greater consensus regarding the social protection of the group. The Government would have proposed several different models for the collection of the benefit for cessation of activity: the extraordinary, which will become permanent in those cases in which the extraordinary rescue of a self-employed person is required; and the ordinary one, which the self-employed may avail themselves of in different situations.

Thus, as explained by UPTA after the meeting, the ordinary termination benefit may be capitalized in situations of "fragility" of the business and may also be used to help the self-employed who temporarily have to suspend their activity. "In all cases they will receive 50% of the contribution base and will have to demonstrate a loss of billing of 75%." There is also a broad agreement between the Government and the participants at the negotiating table to equate the benefits and contributions of self-employed parents with children with serious or very serious illnesses to those of employed workers.

"There has been talk of the scope of benefits, of improving the benefits of the self-employed, and in that we can say that there is more consensus and there may be meeting points," confirmed the president of ATA, Lorenzo Amor. 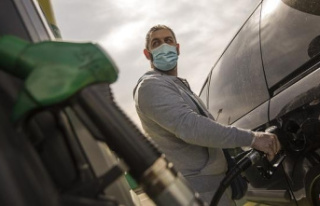 How long will gasoline prices continue to rise?