The keys to the 5% VAT reduction on electricity: a small saving for a short time

The new reduction in VAT on electricity announced this Wednesday by the President of the Government will have an impact of between 4. 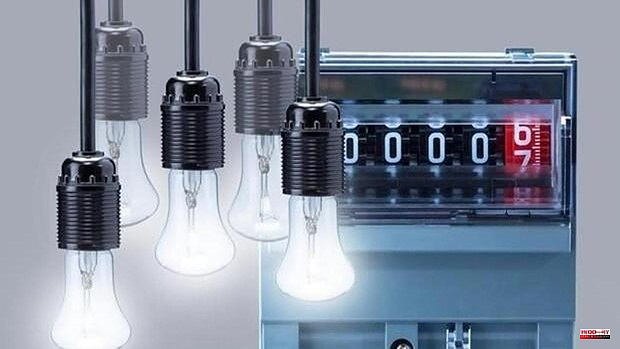 The new reduction in VAT on electricity announced this Wednesday by the President of the Government will have an impact of between 4.5 and 5 euros per month on the bill of an average household, according to estimates by experts, who do not see, however , a great savings for families due to the increase in the cost of the rest of the energy and other types of consumer goods.

It will be the next Council of Ministers scheduled for Saturday that will approve the VAT reduction to 5% in what will be the second in just one year. Your application will be immediate once it is approved in the BOE.

In June of last year and given the upward trend in the price of electricity, the Government already approved a reduction in VAT from 21% to 10% and temporarily suspended the collection of the Tax on Electricity Production, which was set at 7 %.

As with the previous VAT reduction, both consumers who are covered by the regulated rate and those on the free market will benefit provided they have contracted power of less than 10 kilowatts at home or at their business premises, which translates in more than 25 million customers throughout Spain, approximately.

The experts consulted by ABC agree on the savings that it will mean for households, between 4.5 and 5 euros per month, although it is the free market customers who can benefit the most. According to consultant Francisco Valverde, it is not a very effective measure for those who are covered by the regulated rate since prices are already quite high, "although five euros are better in the consumer's pocket", while free market customers, In addition to this small discount, you now enjoy a better rate.

In the case of regulated rate users, the decrease will be added to the one set each day by the wholesale auction of the electricity market, which after the Iberian exception that caps the price of gas in combined cycle generation is barely 4% after two weeks of application when the initial calculations were 15%.

The initial duration of this measure, which is part of the royal decree of measures against the effects of the war in Ukraine, will be three months, according to Treasury sources cited by the Servimedia agency. Although an extension is not ruled out depending on the market situation and the Government's ability to waive this income.

According to the Government's calculations, the measure will cost between 250 and 300 million euros, which will no longer be collected. With the previous VAT reduction from 21% to 10%, the Executive estimated a decrease of around 12,000 million euros in collection, and that the new reduction will now be added to it.

However, in the opinion of the consultant Francisco Valverde, it does not represent an excessive decrease since prices continue to be higher and the collection does not have to vary too much despite the VAT reduction.

The measure, despite the fact that it will mean a small saving for consumers, is "insufficient" in the opinion of the associations. From Facua, his spokesperson has focused on the benefits of energy so as not to have to reduce tax collection. A proposal that Valverde does not share since, based on previous experiences, he would end up having an impact on the consumer.

From the OCU, for its part, its spokesperson Ileana Izverniceanu maintains that "this is not going to stop the escalation of prices not only of electricity but of other energies such as gas", so, in her opinion, the Government should “temporarily suspend VAT on fuel and basic food” because there are households that have to choose “between refueling or buying basic food”.

1 The price of the loaf of bread shoots up in Spain... 2 CSIF and JUSAPOL demand that Sánchez fulfill his... 3 The food chain trembles before the possible carrier... 4 The poultry meat employer rules out the shortage of... 5 The difficulties of tourism to find workers extend... 6 Watermelon and melon become luxury goods for Spaniards... 7 De Guindos asks banks for "prudence" and... 8 The recovery of cotton 'made in Spain' and... 9 What happens if a chess player tests positive for... 10 “Quantum” continues like a steamroller leading... 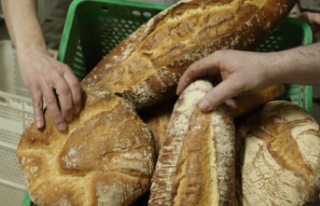 The price of the loaf of bread shoots up in Spain...