The markets are retracting again after yesterday's timid rise. 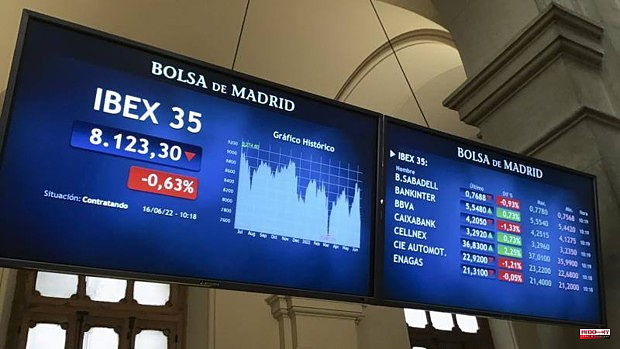 The markets are retracting again after yesterday's timid rise. The long-awaited announcement by the Federal Reserve met the forecasts and the sharp rise of 0.75 points, the highest in the last 28 years, marks the roadmap for the rest of the monetary institutions: fight inflation and put end to the cycle of expansionary policies.

In the middle of the session, the Ibex shows these symptoms with a drop of 1.58% to 8,045.00 points. The announcement by the European Central Bank yesterday about the mechanism to control the gap in the risk premiums of the countries of southern Europe (Spain, Italy and Greece) only paralyzed the fall of the European stock markets in a timely manner during the day.

However, risk premiums responded and their evolution shows greater stability since the measure was announced.

The drop in the European stock markets at mid-session represents 2.21% in the case of London, 2.24% in Paris, 2.83% in Frankfurt and 2.9% in Milan. The euro is close to parity with the dollar, at 0.96. compared to the "greenbacks" while the Spanish risk premium has reached 122 basis points, with the interest required on the ten-year bond at 3.006%.

1 Iberdrola is the first company that allows you to... 2 Guindos underlines the ECB's "total commitment"... 3 A Madrid judge investigates Restalia subsidiaries... 4 The number of unfilled job vacancies in Spain rises... 5 Minimum salary, payment of expenses and vacations:... 6 The Commission studies supporting administrative managers... 7 These are the cheapest hours of electricity this Thursday,... 8 The Justice forces to return to its owner part of... 9 The Federal Reserve increases interest rates by 0.75... 10 The creation of companies stagnates in the first five... 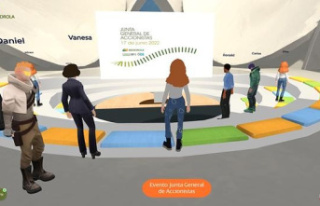 Iberdrola is the first company that allows you to...