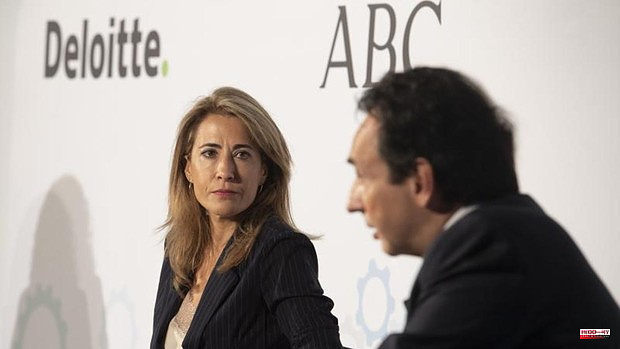 End of discussion. The Government will not undertake a payment plan for use in the high-capacity network (motorways and highways) in this legislature. The lack of consensus that pursues this measure and the complex economic situation of families and transport companies due to inflation have caused the Executive to temporarily bury this initiative, which had promised Brussels before 2024.

The announcement was made by the Minister of Transport, Raquel Sánchez, this Thursday at the XIII Meeting of the Infrastructure, Transport and Sustainable Mobility Sector, organized by Deloitte and ABC. Sánchez explained during her speech that, although the Government is going to carry out a "study of alternatives", "in this context and environment, we must attend to the economic situation."

“In the short term, it will be difficult for us to implement this measure, because the bases are not in place to facilitate the necessary consensus to undertake it,” he stressed.

It was an open secret, but the Government had not thrown in the towel with tolls until now. At least not publicly. As this newspaper has published, the preliminary draft of the mobility law leaves this possibility up in the air, which had been included as a firm measure in the recovery plan sent to Brussels.

The tolls had divided the business world, since while the infrastructure companies and operators such as Renfe had demanded their approval, the transport sector had completely refused it. The possibility that these rates would reach the highways, in fact, was one of the reasons why carriers undertook the stoppages experienced during the month of March.

Beyond tolls, the minister recalled that her department is "building well" and only in high speed will it launch new services to increase the network by 350 kilometers. In addition, she has highlighted that Transport manages almost 16,000 million euros from European funds and 13,000 of them will be allocated to sustainable mobility. “The funds are being executed on time. We have done many tenders and now is when they are going to be executed. The facts support us and the European institutions support us", explained Sánchez.

The companies present in the forum, however, have a totally different idea. Before the start of the meeting, business sources commented on the slow execution of European funds and the bureaucracy that often accompanies these processes.

Also of concern is the rising cost of materials, which has caused hundreds of public tenders to remain deserted. Even so, the head of Transport has highlighted the reception that the price revision that the Executive has undertaken in the sector so that the tenders reflect the impact of inflation. “It is not a 100% solution, but we have observed that the tenders are being responded to. There are fewer deserted contests and the Iberian exception will have an effect on supplies", considered the minister, who has not ruled out additional measures in this regard when there is an extension of the measures put in place by the Executive to counteract the impact of the invasion of Ukraine.

1 Summer schools gain prominence in Murcia and the Vega... 2 The catastrophe of Imserso de Belarra for hotels:... 3 Albares, on Algeria: «We will give a serene, constructive... 4 From "reliable partner" to "extraordinary... 5 Del Rivero accuses the judge of doing "sleight... 6 Spain evacuates 2,000 people in a race against the... 7 Concerns about Cholera in an Occupied Ukrainian City... 8 The prudent strategy of Marc Márquez 9 Two valuable works of art stolen in Italy recovered... 10 Nissan closes a new collective agreement until 2024... 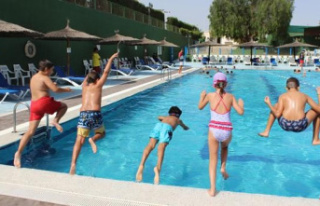 Summer schools gain prominence in Murcia and the Vega...