This Friday morning, the 10-year German 'Bund' yield reaches the 1. 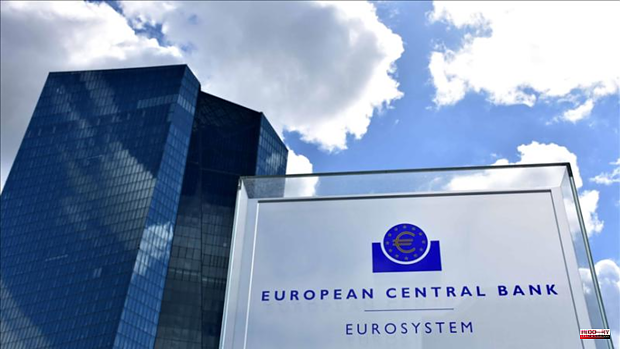 This Friday morning, the 10-year German 'Bund' yield reaches the 1.231% mark, its highest level in the last 8 years. In the bond market, rising yields are associated with falling prices. Investors split from German government bonds on Thursday with bunds available for 88.955% of face value. Compared to the previous day, they lost 0.249 percentage points. The reason for the sale of the bonds is surely inflation. For Germany, 7.9% in May and 8.1% in the euro zone.

These values ​​increase the pressure on the European Central Bank to counteract inflation with its monetary policy and President Christine Lagarde is expected to announce the first rate hike in July this year.

Higher central bank interest rates, in turn, mean for states that they can no longer refinance on more favorable terms and that German government bonds are likely to be more expensive in future. The old very low-interest securities are no longer attractive to investors and they sell them.

But the price of the 'Bund' not only affects investors in government bonds, but also has direct repercussions on the problem of the Spanish public debt, more specifically on its risk premium. The risk premium is an extra cost, it is the percentage amount that a debt issuer pays over an agreed reference unit. And in the case of the risk premium, the ten-year German bond is taken as a reference because the German economy is considered the safest in the eurozone and, therefore, its bonds are the least risky. If the ten-year German bond has a yield of 1%, the ten-year Spanish bond, with a risk premium of 100 basis points, must be 2%, 3% if the premium is 200, 4% if it is 300, etc. The risk premium offered to investors in Spanish debt maturing at 10 years stands at 111.9 basis points. The yield on long-term Spanish debt has risen in the secondary market by more than 7 basis points and has risen to 2.37%, a new annual maximum and similar to that registered in mid-June 2015.

The risk premium referred to the 'Bund' is also used to measure the extra cost that companies have to pay to finance themselves with respect to the largest company in the sector or with respect to the cost of government financing, the extra cost that the company pays to be financed in the financial markets to compensate the investor for assuming a greater risk compared to the reference company, so the companies are also affected.

As for investors dumping the old Bunds, at least in Germany, it looks like they are turning to buying stocks and gold. The war in Ukraine and inflation have increased the demand for physical gold in the form of bullion. Almost one in three private gold investors in Germany have changed their investment strategy since February 24 and increased the proportion of gold in their assets. Fixed-term deposit accounts and money market accounts, however, have continued to lose popularity, according to the annual survey of the gold market by Hanau-based precious metals group Heraeus. Respondents cite skepticism about general economic developments and concerns about continued high inflation as the main reasons they are redirecting their investments.

52% expect the economy to contract in the next twelve months, 48% expect prices to "go up" and 46% expect prices to "go up sharply". Consequently, 32% of respondents changed their investment strategy since the start of the Ukraine war and gold in particular benefited from these changes: among this group, 73% are increasingly investing in the precious metal and 29% acknowledge their preference for shares. The study also profiles the German gold investor, by the way. They are overwhelmingly male and the 50+ age group is disproportionately represented among “investors with an affinity for gold.”

Most of them own bullion: 65% say they own gold in this format. 48% prefer coins and gold jewelery is in the hands of 13%. Another curious fact that emerges from this study is that a relatively large number of investors store their gold at home. In the survey, 24% admit that they have, despite having previously been victims of robbery crimes.

1 Nadal's 'happy birthday' in Paris 2 Another attack on the Barça shirt 3 Roland Garros Trophy: what is it made of and how much... 4 CSIF requests more staff for the Covid Emergency area... 5 Disappointment at the Shein store in Madrid: "We... 6 The new contract-program between the Board and the... 7 They are looking for a 93-year-old woman whom her... 8 Valencians on the Forbes list: these are the best... 9 Carlos Muñoz, only eleven years old, publishes his... 10 What it costs to open the Madrid Metro 24 hours at... 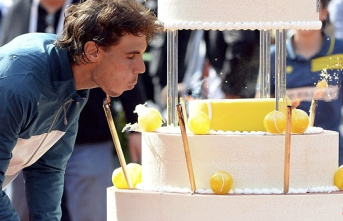