The ECB today opens the door to the new monetary normality

The European Central Bank (ECB) has been buying government and corporate bonds worth trillions of euros. 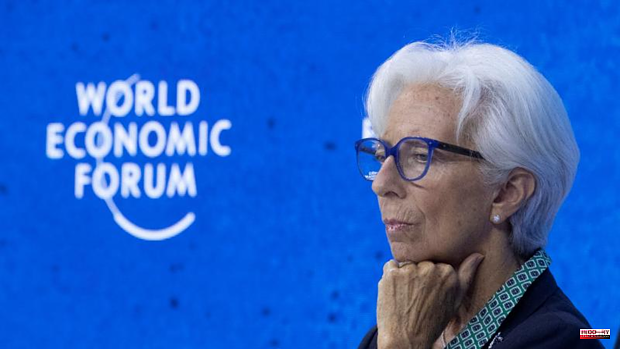 The European Central Bank (ECB) has been buying government and corporate bonds worth trillions of euros. At his meeting today, Thursday, he will end his purchasing program and thus begin a new normality in which his priority will once again be, finally, the fight against inflation. But the question of whether or not the next step will be a sharp increase in interest rates remains. There is no consensus in the governing council. In any case, Christine Lagarde has chosen the Hermitage Museum in Amsterdam, the western branch of the great mother, so to speak, the Hermitage in St. Petersburg, which regularly exhibits Russian art, as the setting for the announcement of this change in the monetary era.

After the invasion of Ukraine, Amsterdam ended the cooperation, packed around 500 works of art for a special exhibition and shipped them back to Russia. Many rooms in the museum are now empty. The location does not guarantee a good omen but it does show an easy-to-read mission statement.

The fact is that the monetary regulators want to break new ground at this meeting outside Frankfurt, the first after two years of the pandemic. The next change of course in interest rates is not yet likely to be announced, but they want to pave the way for the ECB to carry out the first rate hike in eleven years at the July meeting. For this, it is necessary to let the bond purchase program expire and the time has come to seal the decision. Huge sums of money have been pumped into the system since 2015 to keep interest rates liquid and low. Monthly purchases have dropped significantly to €20bn, but only after the ECB has bought more than €3.4tn worth of bonds this way, if we count to the end of May. In addition, there is around €1.7 billion that is also on the books of the PEPP emergency program and more than €5.1 billion in bonuses. With this unimaginable amount of money newly printed and spent on these purchases, the ECB has succeeded, at least in part, in defusing the euro crisis, preventing the collapse of the currency union and the worst of financial economic dislocations, as well as leading to carried out a covert state financing operation, which is actually prohibited by the statutes, because no one escapes the fact that with this policy he was mainly seeking favorable financing conditions for highly indebted southern European states, such as Spain.

High inflation forces the ECB to change policy. At 8.1%, at a record level, and at 8.7% in Germany, the situation is drastically and rapidly worsening in Estonia (20.1%), in Lithuania (18.%) and in Slovakia (11. 8%). Only in France is it below average at 5.8%. On average, inflation in the eurozone is more than four times higher than the ECB's target.

It remains to be seen whether the measures to tighten monetary policy, a terminology that annoys Lagarde, who calls for "normalization", will serve effectively to reduce inflation. Analysts agree that no, at least not obviously, although they also point out that it would be worse to do nothing. “If you have inflation at 8% and you do nothing, next year you will have it at 15% and in two years at 30%”, suggests an expert from the Munich IFO Institute, “if you act, it is possible that you will not cut back too much, but you're keeping it from spiraling out of control for years."

What pace of interest rate hikes will be necessary to achieve reasonable effectiveness, to arrive in time to put the reins on prices? Here the experts disagree. "We expect the ECB to take a 'hawkish' turn at its meeting today, which would most likely lead to requiring a strong pace of rate hikes in the second half of 2022," they say from Ebury, "we believe it will hold the door today open to all its options, postponing the debate on the size of the July rate hike until the next meeting.

The truth is that the markets assume that this first increase will be 25 basis points in the deposit rate, with an approximate probability of a 50 basis point increase of one in three. “If Lagarde keeps this possibility open, we could see support for the euro on Thursday afternoon as markets increase their expectations for gains across the curve. If, on the other hand, it offers a more cautious approach, it may raise concerns about growth prospects and recession risks, which would have bearish consequences for the euro, “adds the same source.

Because the biggest difficulty with this expected reaction from the ECB is that it does not make the decision in a simpler inflation scenario, but in a context of stagflation in which economic growth is increasingly compromised. In its report entitled "ECB Advance", Natixis puts on the table the fact that, "although some members of the governing council have called for an aggressive tightening to get ahead of the curve again, a reconfirmation of the interest rate path is expected traced by Lagarde, which is characterized by gradualism».

1 French lawmakers promise support for Taiwan during... 2 Berlin driver's 'confused' statements... 3 Ayuso: "If they remove the memory or the history... 4 Discarded the two cases under investigation for monkeypox 5 They organize a collective meeting in Toledo to weave... 6 A 14-year-old girl has been missing since Tuesday... 7 The European Public Prosecutor's Office investigates... 8 Power Electronics opens a process to fill more than... 9 Why Algeria has broken its friendship with Spain:... 10 The Canary Islands dodge the Green Tax also on flights... 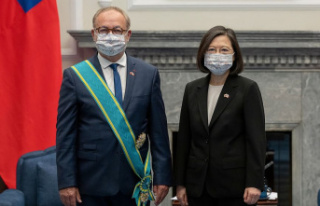