Something is failing in recent years because the field does not find enough agronomists to carry out, among other challenges, its digital transformation. 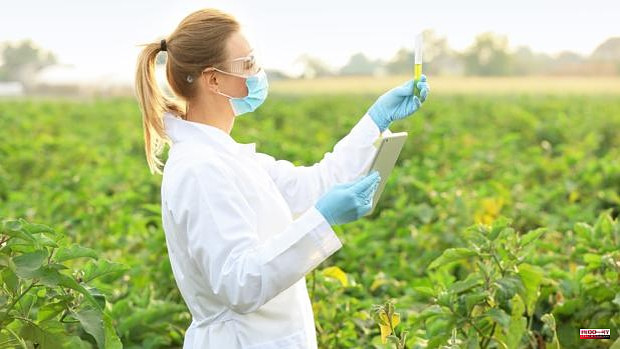 Something is failing in recent years because the field does not find enough agronomists to carry out, among other challenges, its digital transformation. This primary sector professional is dedicated to advising and designing plans and solutions for agriculture and related industries. The truth is that it is a very versatile profession, with many opportunities, but it is less and less attractive for young Spaniards.

Francisco Medina, an agricultural engineer, is the administrator of a company in the primary sector in Córdoba from which they manage agricultural companies. "There is a revolution in all sectors, especially in the countryside, a lot of technology is becoming and technicians are needed, because they are very specialized tasks, which require very specific training," says Medina.

For more than a month he has been looking for two different profiles of agronomists and he does so with the help of the College of Agricultural Engineers of Andalusia and the University of Córdoba. «For a company we are looking for someone recently graduated, with knowledge from which the company will continue to train him. In a month and a half I have received only one resume », he laments. For another company, from Tenerife, they need an agronomist with experience in ornamental plant greenhouses. "We do not have a single candidate and the conditions are to be agreed," he highlights.

Try to find an explanation for this absence of candidates and one of them may be that «everything that encompasses the work of the agricultural engineer is not well known. Many believe that they are dedicated to farming or producing, but no, they have an immense scope of work. It is a career that has a tremendous output and that you can find work if you want to work ». He also points to the generational change that has occurred in the fields, "there are family businesses and many children prefer to have external managers." He recalls that today agriculture is a company, "everything is very tight, costs, selling products well and it has to be in the hands of professionals." That is why he believes that “the company must catch up. It is a complex situation, we must adapt to new markets and not depend on subsidies.

With the continuous change in regulations, the use of products in the field is increasingly restricted and, as Medina points out, “the technician trained to apply the necessary treatments is the agronomist. The ideal manager is him, because he is the only one who knows the entire agri-food chain. Throughout Andalusia there is great demand for these professionals, once "Almería is the vegetable garden of Europe, in Malaga there are subtropical crops, Seville has a great variety, Huelva with red fruits such as strawberries and in Cádiz the almond tree, a very technical crop that it is failing because it is not carried out by people with knowledge, ”he clarifies.

In the Miralcamp Agricultural Cooperative, in Lleida, they also suffer from a lack of these professionals. In this area there is a lot of fruit, especially apple and pear, and cereals, mainly corn, wheat and barley. Santi Vergé Fallada, its manager, regrets that they cannot find technicians since in recent years the number of students in this area has gone from 90 to the current 15-20. «In agriculture there are more restrictions and the work of the engineer is very important. In six months we did not find anyone, and that experience was not requested ». They have managed to recover a person who had previously worked with them "because the new promotions go away, they don't get to advise on food". For this cooperative it is vital to have such advice because "we would have to be up to date on technology issues and we cannot do it." Vergué also points out that many industries hire agronomists to carry out quality controls, very bureaucratic tasks, and believes that "the administration must realize that the engineers must be there to advise."

From the Official College of Agricultural Engineers of Andalusia they are noticing many changes in the market. “There is more demand for engineers with different profiles. The new food processes began 5-10 years ago. It is invested in food. It has been less profitable but slower, it is safer, "explains Diego García de la Serna, technical secretary of this body. He also points out that customers change their eating habits very quickly and all processes are becoming highly technical. "With this we are more efficient, with higher quality products and less harmful to the field."

In this college of engineers they have always had job offers, which were covered without problems since it is a profession with many opportunities. But now "there are not enough agronomists, fewer come out of university," says García de la Serna. Before, a distinction was made between technical engineering, which was three years, and higher education, between five and six. Now, with Bologna, «many students do the degree and do not continue with the qualifying master's degree because they find work. It is true that with a degree it is already a valued profession but they do not have all the knowledge and in such a large market it is important to have the highest academic qualification », he points out. Hence, companies have difficulty finding agronomists and positions are left unfilled. What does this mean? “It prevents innovation from entering the company. You don't pay more and you don't bet on development », he adds.

In this school, a support service has been implemented for members in the search for a company, «especially the recent graduate who arrives at a field and is lost. You have to help him see what he wants to do, what his profile is. Others have been working for 10-12 years and want to reinvent themselves and dedicate themselves to something else," says García de la Serna. And they also help companies because "sometimes they don't know what they need, they don't have a human resources department and they don't have a clear idea of ​​what they want."

The Higher Technical School of Agricultural and Forestry Engineering (Etsiam) of Córdoba has been training agricultural engineers for 53 years. Every year 120 new students enter, and many of the students complete the master's degree, although they also receive students from other Spanish schools to achieve this degree.

"In recent years, access has stabilized, but we have noticed a certain growing interest in the sector, in its commitment to its digital transformation and innovation," says Rosa Gallardo, director of the school. He believes that it is a profession that society in general is unaware of, when it comes to a very versatile job, "being able to work in primary production, environment, biotechnology, logistics, robotics... Communication has failed and the demand has not been as expected" .

Rosa Gallardo, director of the Etsiam of Córdoba, recalls that the agri-food sector is undergoing a revolution because it has positioned itself strategically «as it should never have stopped doing. The pandemic and geopolitical problems put agriculture and food at the center of the debate. The reality is that in Spain «more agronomists are needed than those who come out of schools. In recent years, we cannot give an answer to the companies that approach the university because there are not enough of them». Gallardo believes that there is a joint responsibility "to increase the number of professionals" and goes through "communicating better" because it is an area that "needs a lot of talent".

1 Kiss: the goodbye of a legendary group 2 Castilla-La Mancha has 138,396 unemployed, 40,236... 3 More than 4,700 Castilians and Leonese leave the strike... 4 The Generalitat Valenciana warns of the “worrying”... 5 Belarra demands more social spending in the Budgets... 6 Two deceased and one injured after colliding two cars... 7 Pedro Cavadas' notice about the use of masks,... 8 Geographer assures that building on lava is an "unfulfillable"... 9 New tobacco prices in Spain from this week: this is... 10 This is the new 10 euro coin that enters circulation... 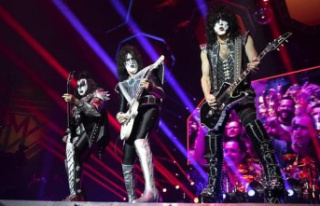 Kiss: the goodbye of a legendary group