The National Securities Market Commission (CNMV) has decided to provisionally suspend, with immediate effect, trading in Acerinox in view of a possible merger with Aperam, the former stainless steel division of ArcelorMittal. 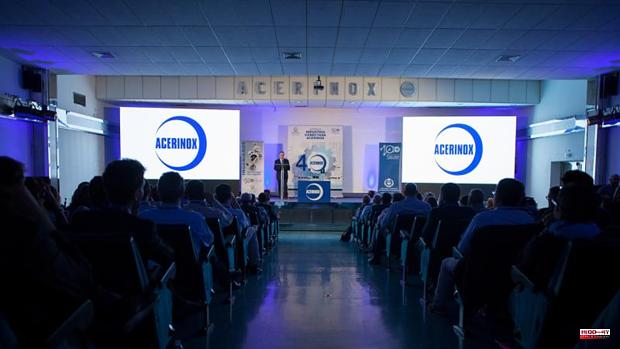 The National Securities Market Commission (CNMV) has decided to provisionally suspend, with immediate effect, trading in Acerinox in view of a possible merger with Aperam, the former stainless steel division of ArcelorMittal. The market supervisory body has adopted this decision minutes after the opening of the market while relevant information about the aforementioned entity is being disseminated.

Specifically, Aperam, the former stainless steel division of ArcelorMittal, is exploring a possible merger agreement with the Spanish Acerinox, which would create a new European giant in the metallurgical sector, according to the 'Bloomberg' agency, citing sources close to the Business.

The decision has not yet been made, so it is not certain that this type of combination will be carried out.

Two years ago, the European Commission decided to prohibit the creation of a 'joint venture' between Tata Steel and ThyssenKrupp to unite their steel businesses in Europe.

According to the data at the close of the market yesterday, Acerinox is valued at 3,300 million euros, while Aperam has a value of almost 3,100 million. While the price of Acerinox is at the highest of the last five years, that of Aperam has accumulated a fall of almost 30% from its highs at the beginning of the year.

According to 'Bloomberg', both firms are working with their advisors exploring the possibility of this merger

1 The Madrid Gospel Choir sings against Alzheimer's 2 Manel Loureiro presents this Friday in Toledo his... 3 Sheets with mold, without air and in an abandoned... 4 Dismantled a criminal group that committed 15 robberies... 5 The Justice ratifies the Castilian in the school of... 6 The municipalities managed by Hidraqua reuse eight... 7 Streets closed and parking prohibited in Valencia... 8 Corpus chairs can be purchased on Tuesday, June 7... 9 The TSJ annuls the traffic regulation plan with bus,... 10 Carlos Mazón, after Zaplana's prosecution: "I'm... 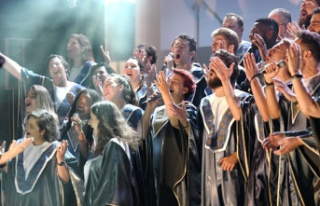