“In the current circumstances, a possible dismissal of the president of the INE could be interpreted by society as an attack on the independence of the institute, motivated by the fact that the figures published by the INE of some relevant statistics are not in tune with the government economic forecasts. 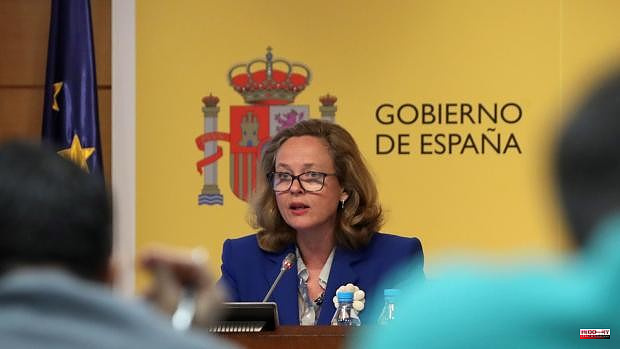 “In the current circumstances, a possible dismissal of the president of the INE could be interpreted by society as an attack on the independence of the institute, motivated by the fact that the figures published by the INE of some relevant statistics are not in tune with the government economic forecasts. The Association of Higher State Statisticians (Aese), the platform that brings together the body of elite professionals that supports the national statistical system, issued a harsh statement on Monday in which it points directly to the Ministry of Economic Affairs headed by Nadia Calviño in the open crisis in the institution due to the alleged maneuvers of the department to relieve the current president of the INE, Juan Rodríguez Poo.

Despite the fact that the Ministry of Economic Affairs does not confirm that his dismissal has been promoted, internal INE sources assure that there have been movements in order to remove the current president after the succession of controversies in recent months around the data of the CPI and the National Accounts (GDP). The statement from the association of State statisticians recalls that since the approval in 1989 of the Law of the Public Statistical Function, more than 30 years ago, "no president of the INE was dismissed without mediating a change of Government."

"What is an unprecedented novelty", continues the statement in another of the six points that make it up, "is that from the Government itself and, in particular, from the Ministry of Economic Affairs, the statistical figures of the INE are questioned so such as the CPI or the GDP, announcing months ago from the Ministry itself the creation of an unofficial statistic called 'Daily Activity Indicator' to contrast it with the GDP itself«, which confirms the internal turbulence generated by the results of the statistics officials within the government.

The State statisticians call into question all these maneuvers by the Government, which in their opinion put "at risk the high credit that Spain's official statistics currently enjoy, both before our partners in the European Union and before the users”.

A few weeks ago, the State Statisticians Association circulated a statement among its associates in which it lamented the loss of quality of some public statistics due to what they denounced as a situation of abandonment by the Ministry, which condemned them to work without resources to cover both the statistics that appear in the National Statistical Plan and other experimental statistics that the INE has launched in recent months.

The INE crisis is still open. Sources from the institution assure that during the weekend there have been contacts at the highest level to address the future of the institution. The Government is finalizing an in-depth reform of the body, which plans to renew its management structure and which could have the collateral effect of the departure of its president. The situation has evolved in recent hours and according to the sources consulted, the Government could be rethinking the dismissal of Juan Rodríguez Poo.

The matter has transcended the dimension of internal controversy and Ciudadanos MEP Luis Garicano has spoken out this weekend to denounce the interference of the Government in the national statistical institute, recalling that Eurostat raised the standards of independence of the national statistical institutes to avoid mistakes like those that forced the makeup of the official statistics of Greece during the great financial crisis and that triggered the intervention of the country.

1 The Zaragoza Provincial Council returns to combine... 2 They investigate a person for four crimes against... 3 Juan de Padilla and María de Pacheco: the love that... 4 Two years in prison for a Koran teacher who extolled... 5 One in three high-level positions in Consum are held... 6 The squatters make a killing in San Vicente and force... 7 More than 15,000 people pass through the I Water Festival... 8 FM Logistic expands the area of ​​its Illescas... 9 León awards the gold medal of the city to the Civil... 10 The first Galician legal cooperative is made up exclusively... 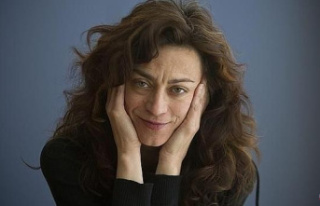