The Bank of Spain confirms that the Euribor rose to 0.287% in May

The Bank of Spain has confirmed that the 12-month Euribor rose to 0. 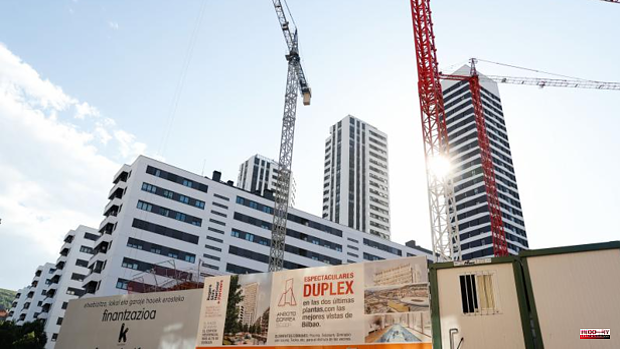 The Bank of Spain has confirmed that the 12-month Euribor rose to 0.287% in May, after having left negative ground behind in April for the first time in more than six years, which will lead to higher prices for variable mortgages referenced to this index .

The Euribor, anchored in negative territory since 2016 by the ultra-expansive policy of the European Central Bank (ECB) to underpin the recovery in the euro zone, continues its climb after the change of discourse of the European body, which will soon raise interest rates to cope with escalating inflation.

The president of the ECB, Christine Lagarde, has recently revealed that the meeting of the Governing Council of the entity scheduled for next July will be the right time to undertake the first rise in interest rates in the euro zone in more than a decade.

Lagarde has pointed out that, based on the current outlook, the agency is likely to be in a position to leave negative interest rates behind by the end of the third quarter.

This normalization of monetary policy has led the Euribor to chain strong increases since the beginning of the year, going from closing December 2021 with a monthly rate of -0.502% to marking a positive value of 0.013% last April. The average for May stood at 0.287%, which represents a rise of 27 basis points in the month and 76 basis points compared to the -0.481% recorded a year earlier.

The rise in the Euribor will mean that a 20-year mortgage of 150,000 euros with a 1% Euribor spread that is due for review will experience an increase of 51 euros per month in its monthly payment or, what is the same, 613 euros year.

The Bank of Spain has also published that the mibor, the one-year interbank rate that served as the official mortgage market reference for operations carried out prior to January 1, 2000, also closed April at 0.287%.

In June, the Bank of Spain also began publishing the short-term interest rate on money (€STR), a new reference index that the supervisor has defined as the value on the last business day of the month for Target2 purposes. average compound interest rate at different terms (one week, one month, three months, six months and 12 months) that is prepared and published by the European Central Bank (ECB).

1 The Government is still stuck with European funds... 2 Traffic closures in Valencia from Thursday 2 to Saturday... 3 The Diputación injects 700,000 euros to the Bono... 4 Queen Letizia visits the Spanish 'miracle'... 5 Seen for sentencing the trial against Cuban artists... 6 The Russian Army suffers multiple mutinies by rebel... 7 Lagarde contemplates "preferential rates"... 8 Thiago leaves the concentration of Spain 9 An unpublished Velázquez appears under a work repainted... 10 The PP will elect the candidates of the municipalities... 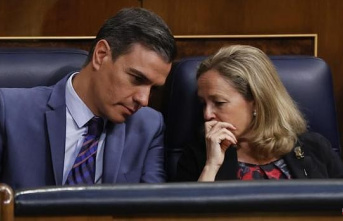 The Government is still stuck with European funds...