Off-road fans are not normal car drivers, because having fun with an off-road vehicle is both leisure time activities and a way of life. 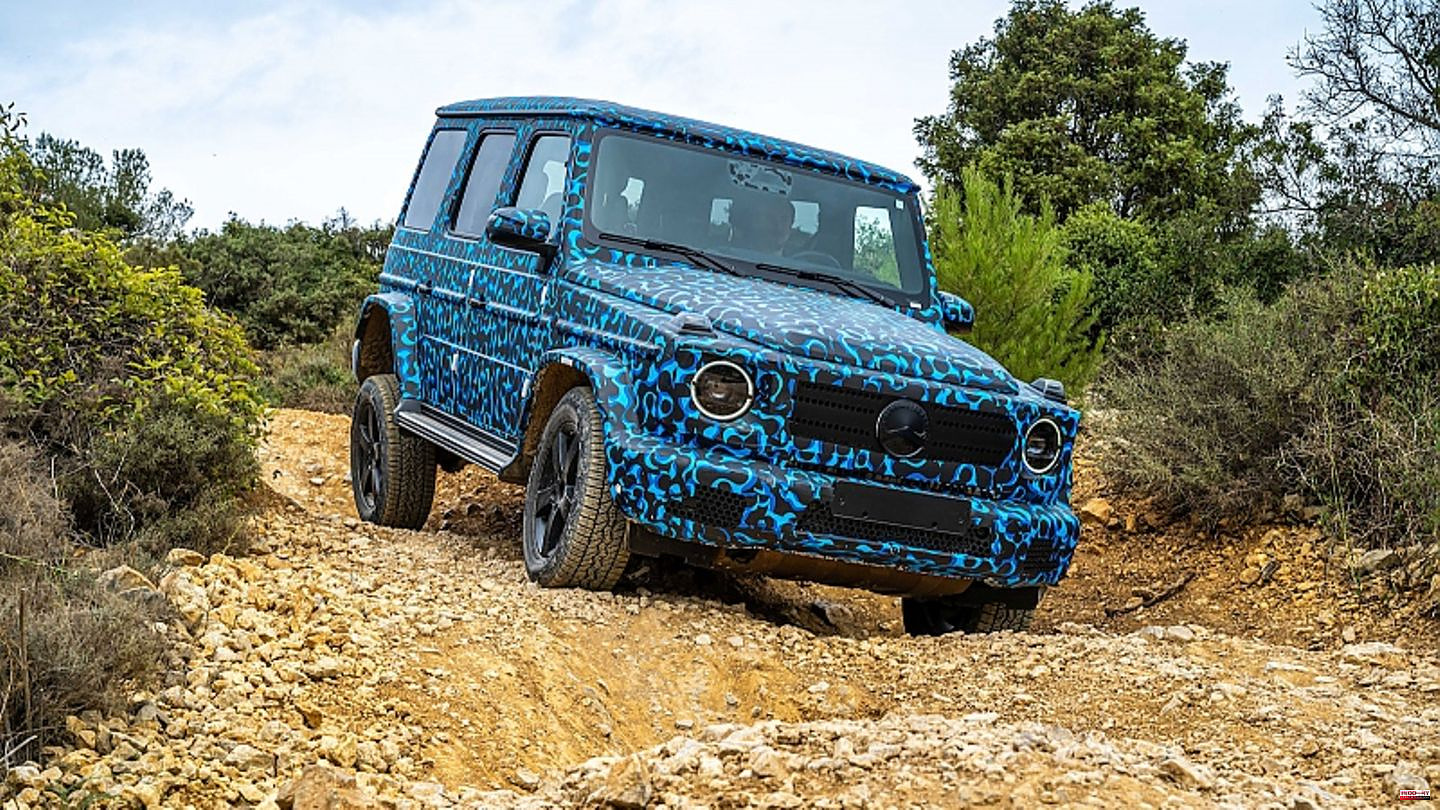 Off-road fans are not normal car drivers, because having fun with an off-road vehicle is both leisure time activities and a way of life. It doesn't matter whether it's a Toyota Land Cruiser, Mercedes G-Class, Suzuki Jimny or an old Daihatsu Wildcat - the four-wheel drive scene is a tight-knit community. In the summer months in particular, fans are drawn to old quarries or off-road terrain, where the rolling climbing maxes are pushed to their limits. Soon more and more electric vehicles are likely to join the fan community, because in the medium term there will hardly be any new off-road vehicles with combustion engines. Land Rover will be electric by the end of the decade, Jeep too, and one of the most rustic off-roaders, the Mercedes G-Class, will get an electric offspring called the EQG in 2024. The former army favorite Hummer has already been reissued by GMC - with a plug. With its electrically driven axles, it even masters crab gait – at an angle, so that it can make even better headway in tough off-road use. For the best overview on impassable terrain, all models have countless off-road programs and cameras for even the most inaccessible corners - that's off-road from 2025.

The scene of the current 4x4 fans will therefore say goodbye to a large extent to the classic business, where young and oldtimers with impact protection, increased spring deflection and off-road tires continue to go on a tour of discovery if politics does not prevent them from doing so. But there will be a lack of new models with diesel or petrol drives, because the car manufacturers have largely committed themselves to electric drives. The future of classic off-road vehicles with combustion engines, such as the Toyota Land Cruiser, Nissan Patrol or the cheap models Lada Niva / Taiga or Suzuki Jimny, seems more uncertain than ever. These sometimes scored not only with low purchase prices and an impressive range of affordable accessories, but also with the fact that they could be repaired comparatively easily in the event of failures in the field.

The argument that the rustic combustion models would not give the electric competition a chance in tough off-road use is not only smiled at in the development departments of car manufacturers. Electric off-roaders like the GMC Hummer EV, a Rivian R1T or the upcoming Mercedes EQG mostly leave the rustic climbers of the past standing in sand and rain. One reason is the fine controllability of the drive, because where otherwise differential locks and gear reductions work wonders, the electric drive with two to four individual motors can be controlled so finely that only the excessive weight of the battery pack can cause problems when driving downhill. There is no danger for the gigantic battery packs in the underbody, because in a model like the upcoming Mercedes EQG, the lithium-ion batteries are integrated in the robust ladder frame made of steel up to 3.4 mm thick. This not only makes the body significantly more torsion-resistant, it also ensures a low center of gravity. Even at extreme angles of inclination, the G-Class stays on the ground. As a small side effect, the use of four motors for four wheels in the electric Mercedes G-Class ensures significantly more precise and tighter cornering. Since each wheel can be controlled independently, its rotation can be used for steering. At least the prototype goes so far that it can turn on the spot like a tank.

The 5.50 meter long GMC Hummer EV looks like it weighs five tons - in fact it is hardly lighter at 4.3 tons. Its power is tremendous, because 740 kW / 1000 hp / 1,620 Nm is an almost unbelievable performance and yet the Hummer is a real dancer. Played on the controller on the mighty center console and the heart of the electric colossus beats in three-four time. Thanks to its four individually controlled wheels, it can also trundle diagonally in one direction like a crab. The three electric motors (one at the front / two at the rear) are powered by a 910-kilogram battery pack in the underbody. The stately battery pack is sufficient for more than 520 kilometers before it goes to the next charging station. This is where the descendant of the Army Humvee proves to be extremely versatile, because the normal 400-volt on-board network can be doubled to 800 volts when refueling, thus significantly reducing the charging time.

The electric colossus has to complete its first test drive on the torture track of the Mildford test site near Detroit. Heat and dusty slopes are the smallest problem here, but the Hummer crawls up the steepest climbs without any problems and digs through the impassable terrain. Even when the front hood stretches steeply up into the sky, the driver keeps everything in view, because a camera view on the large screen makes the underbody literally visible and so there are no nasty surprises when the Hummer has made it over the crest. Thanks to 40 cm ground clearance, the Hummer offers a wading depth of 81 cm. What impresses most, however, is not the ease with which the electric mega pick-up easily digs through deep ruts, sand and rubble. Despite the weight of more than four tons and a vehicle length of 5.50 meters, the colossus is manoeuvrable in a way that you would not have expected. The intelligent all-wheel steering reduces the turning circle from 13.5 to 11.3 meters. And even if the Hummer is powered by electricity - the front axle can be locked electronically and the top model has two separate electric motors at the rear that can be controlled individually.

At Jeep, many are already waiting for the new Recon, an electric off-road version of the well-known Wrangler, which should know no limits off-road. Market launch for the rustic climber, which, like its combustion engine brother, can have roof parts and doors removed: like the Mercedes EQG in 2024. Jeep CEO Christian Meunier: "The new, all-electric Jeep Recon is capable of the mighty Rubicon Trail, one of the most challenging off-road tracks in the US, and reach the end of the track with enough range to drive back to town and recharge.”

Only the problem with reloading remains, because even if most off-roaders are only driven in the urban jungle, one or the other off-road vehicle disciples are drawn to more or less rough terrain. Here, the electric motors do not consume significantly more energy than vehicles with petrol engines. On the contrary: where a combustion engine fights its way up the path with increased speed, the electric counterpart does not need so much power that fizzles out. If it goes downhill again, you can recuperate vigorously and some of the energy used gets back into the well-protected battery pack. Models such as the GMC Hummer EV or the Rivian R1T therefore not only have impressive battery packs in their lower abdomen, but also impressive charging speeds - preferably with 800 volt technology, which, for example, allows the Rivian to increase its strength by 220 kilometers in just under 20 minutes. The consumption is immense just at high speeds or when towing a trailer, which is a significant reason for many users to buy, especially in Europe. Here nothing comes close to the efficiency of a diesel engine. It should be over in the medium term, however, with affordable models. The new off-road dancers with an electric motor will say goodbye to the regions of a Suzuki Jimny or the discontinued Land Rover Defender. The only thing that helps fans here is the impassable path to the used car warehouse. This also applies to touring riders, because you can hardly get anything with an electric model in remote regions of the world. 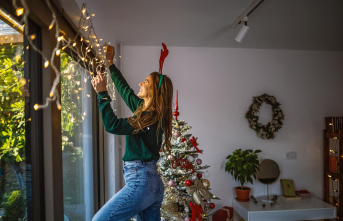 Holidays: "There used to be more tinsel"...