Spain sprints to rejoin the industrial platoon of microchips

Spain steps on the accelerator, and at full speed, to get on the last train that Europe has launched with the aim of developing a powerful European ecosystem of microchips and semiconductors. 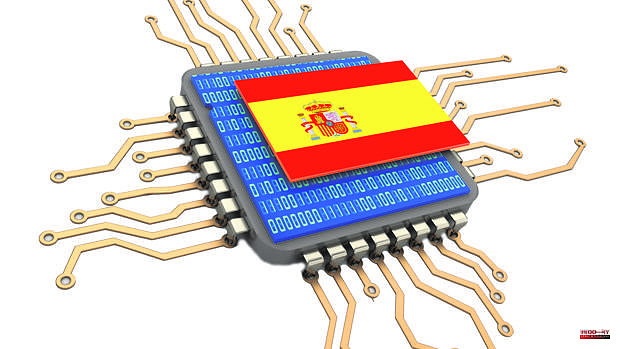 Spain steps on the accelerator, and at full speed, to get on the last train that Europe has launched with the aim of developing a powerful European ecosystem of microchips and semiconductors. It is the strategy chosen by the community partners to be able to compete at a global level, and thus reduce our dependence on the supply of these resources from Asian countries and the United States. Something transcendental if we do not want to see our economy collapse any day due to the shortage of these components, as we have already verified that it can happen. The objective: that 20% of the world's chips are produced in the Old Continent in 2030, since today we barely have a 10% share of the world semiconductor market.

For this, the European Chip Law will jointly mobilize more than 43,000 million euros of investment from both the public and private sectors.

In order not to miss this train, the Government has accelerated with the recent approval of the Perte of microchips and semiconductors. Nothing more and nothing less than 12,250 million euros (the largest percentage of those approved) so that our semiconductor industry occupies a relevant place in that great European ecosystem. The effort will be titanic, because it is a sector with few companies, also small and with little economic potential that, as if that were not enough, must compete in a market where companies from other European countries have already taken the lead.

It has happened in the Important Project of Common European Interest (IPCEI) of microelectronics. The IPCEI are an EU initiative so that in certain strategic areas the States can finance projects of their companies that are of common interest and that would not go ahead without the support of their governments. Well, in the first microelectronics IPCEI, in 2018, Germany, France, Austria and Italy, together with the United Kingdom (now outside the EU), were the first to take positions presenting 32 projects from their companies. No other country participated. Among them were relevant companies such as the German Globalfoundries, Robert Bosch and Infineon; the French Cea-Lety; the Franco-Italian ST Microelectronics and the Austrian AT

Although it is true that Spain has now not let a second chance go by granted by the 2021 microelectronics IPCEI and has presented eleven company projects (with a public investment of 400 million euros), it is also fair to note that we have many other competitors: there are 114 participants from 20 states. Germany is the one that has taken the most projects to the program, 32; they are followed by France (15), Italy (10) and the Netherlands (10).

This may be the first advance to attract other companies to our country and try to ensure that our semiconductor industry is not left behind in the European ecosystem. For now, around a hundred technology centers and companies make up this industry, according to the technology employers' association Ametic and the Spanish Association of the Semiconductor Industry (Aesemi), founded last year and now made up of ten companies in the sector. Although various sources consulted lower that figure to twenty companies.

“It is a small ecosystem and it is very specialized in the design of microchips, which they send to produce outside (in the sector these types of companies are known as ‘fabless’). It is the part with the most added value. Our companies innovate and have the intellectual property of those designs that are in products all over the world, in defense devices, in aerospace, in electric vehicles, in telecommunications...”, says Eduardo Valencia, director of the Electronic Industry and New Entrepreneurship of Ametic.

The value of this small industry is recognized. "We are not starting from scratch, but from a base of companies with knowledge and talent," defends Joan Jané, PhD in Industrial Engineering and professor in the Department of Production, Technology and Operations Management at IESE. "In addition -he continues-, we have major development centers such as the National Supercomputing Center in Barcelona". And the Institute of Photonic Sciences and various leading departments in different universities. "We have an ecosystem that we have to show because we can be an investment point," he adds.

It is something that nobody doubts in this sector. Although «we were not the first, but we arrived on time. It is a growing market and it has to grow more with the revolution of new technologies (artificial intelligence, blockchain...), digitization and telecommunications; the extension of the 5G network, the electric and connected vehicle, smart appliances...”, considers César Franco, dean of the Official College of Industrial Engineers of Madrid. In fact, according to the World Semiconductor Trade Statistics (WSTS) organization, the world semiconductor market had a turnover of 556,000 million dollars in 2021, 26.2% more than the previous year. And it is expected to increase by 10.4% in 2022, reaching 613,000 million dollars.

The more technology, the more need for microchips and semiconductors, which are all around us. To give an example: «In a car there are between 4,000 and 5,000 chips. As we advance to more technological vehicles, it will be necessary to incorporate more chips, ”estimates Alfonso Gabarrón, spokesman for Aesemi.

Spain has other attractions for leading companies in the sector to arrive: «We are a great industrial power in the automotive, agri-food, naval, aeronautical and even defense industries. If we continue to promote our industry, we will be major consumers of microchips," says César Franco. And there is another handicap that does not go unnoticed by Professor Jané: «Chip manufacturing –he continues– is intensive in water and energy consumption. In fact, a drought in Taiwan caused factories to stop and that caused problems in the United States and Europe. When these plants look for a location, they look to have good access to water resources, something we have, and minimize their energy consumption, which can be done through a renewable environment, something in which Spain is a power”.

All this ecosystem needs a great motor: a factory of microchips and semiconductors. Or two, which would be the big news. Something that Spain and many other countries do not have. Most of the world's production plants are concentrated in Taiwan and South Korea. And some in the United States.

There are two types of 'foundries' (foundries is its English translation), as these factories are known: open, such as the Taiwanese TSMC, which manufactures semiconductors for third parties and is the leader in the sector with a global market share of over 45% , according to various studies. And whole factories, like Samsung that designs and produces its own chips.

This is a great bet in Perte since it allocates 9,000 million to the construction of cutting-edge technology 'foundries' (equal to or less than 5 nanometers, which would be the next generation of semiconductors) and mid-range (above 5 nanometers). ). To get an idea: "In today's economy, semiconductors over 12 nanometers are used for the internet of things, photovoltaic panels, electric cars and household appliances... At Perte we look for very sophisticated and complex factories," explains Eduardo Valencia.

That is the trend of the future: in less space, greater capacity. And Spain can be in that leading niche. “We have small niche companies that could design certain components in what we call advanced manufacturing, below 5 nanometres. It is a continuous race to miniturization. In smaller silicon surface have more processing capacity. And this implies working on increasingly smaller scales. That is why large investors are needed, ”says Franco.

We are talking about stratospheric inversions in which the zeros multiply. “A semiconductor factory requires between 15,000 and 25,000 million euros. Not just any company can do it. It is only available to a few multinationals that have the knowledge and experience. That is why these companies need a strong commitment from the region or the government where they are going to settle and also a stable framework. Microchip manufacturing is in the hands of TSMC, Samsung and Intel and few others. We need to attract these companies because we have a base on which to grow," says Franco.

For this there is another great challenge. “Factories need a lot of people with high-level training. We have to be prepared if an investor comes to have trained personnel and we have to start now, "suggests Eduardo Valencia. “A factory can directly employ 2,000 people and has a huge multiplier effect. Not only personnel with university studies are needed, but also Vocational Training technicians”, adds Professor Jané.

It is amazing what lies behind each chip, without which the world we live in and the one to come would not be possible. “In the design of a chip it can take from 5 to 7 years”, says Gabarrón. «In the manufacturing process, transistors, semiconductors are placed... Until the chip is achieved, it can go through 700 different steps, and it takes 70 days. Each step requires the highest quality so that there are no losses and an efficient product is achieved," says Professor Jané.

However, a semiconductor factory is not everything, although it is the most desirable to promote this industry in our country. Because once the chip is manufactured, it goes to the encapsulation, assembly and testing phase. That is, the silicon wafers are cut into cubes, the interconnections of the printed circuits are made and it is covered with a protective envelope. And in this there are Spanish companies that also have experience. A part of the process that should also be given a good push.

There is no lack of attractions and potential in Spain to attract investment and not miss the train bound for a powerful ecosystem of semiconductors in Europe.

In the Perte of microchips and semiconductors several ministries intervene. Hence, a Special Commissioner has been appointed to coordinate all the activity. At the head of this body will be Jaime Martorell Sánchez, former director of Nokia and an expert in microelectronics. In his long career, he has also been president and CEO of Motorola Spain and Ono. He founded Silicon Valley-based semiconductor company Logic Devices in 1983. And he returned to Spain in 1987 as general director of ATT Microelectrónica, in the pioneering Tres Cantos chip factory.

1 US and S. Korea launch missiles at sea to match North's... 2 The new delegation of the Generalitat in Slovenia... 3 Sánchez will explain his pact with Rabat after 82... 4 A fighter-bomber in the garden 5 Sit-ins and insults embarrass Biden at his American... 6 No one as great as Nadal, an isolated case of longevity... 7 North Korea fires eight short-range missiles 8 Sri Lanka's new PM fights for economic stability... 9 Putin warns West not to send arms; Kyiv is hit by... 10 López Obrador's party wins four of six governorships... 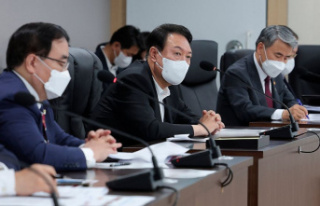 US and S. Korea launch missiles at sea to match North's...