The President of the Government, Pedro Sánchez, shows that he has a relative interest in building energy connections between Spain and France in order to have access to the rest of the gas pipeline network in the rest of Europe. 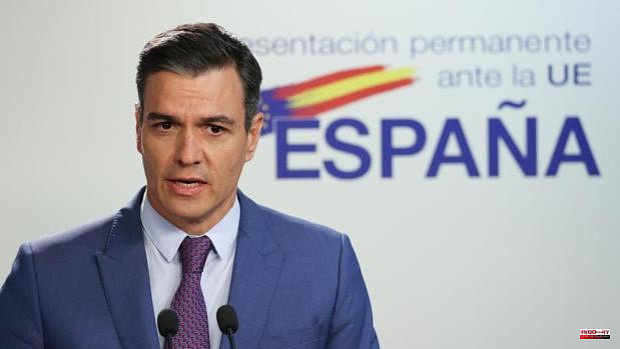 The President of the Government, Pedro Sánchez, shows that he has a relative interest in building energy connections between Spain and France in order to have access to the rest of the gas pipeline network in the rest of Europe. In his appearance before the journalists after the extraordinary European Council that was held in Brussels, Sánchez once again said that this type of infrastructure should be financed by the European Union, without taking into account that Spain has been assigned up to 140,000 million euros, between credits and subsidies, to carry out this type of project, among others.

Sánchez, however, recalling that "Spanish taxpayers have paid for the regasification and storage facilities for liquefied gas with their efforts for decades, now it is up to the European Union to pay for the interconnections with the continent."

The industry and specialists advised the government to speed up work to complete the gas interconnection with France through Catalonia, in order to take advantage of regasification infrastructures and turn the Iberian Peninsula into a distribution point for liquefied gas to replace Russian gas. .

In a completely different path than Spain, Italy has strengthened its relations with Algeria to increase gas supply and now plans to increase its regasification capacity to take advantage of its connections with Austria and Germany, which are the two countries most affected by the future cut of the supply from Russia.

Spain and Portugal are the most isolated countries from the point of view of energy, whether electricity or gas, with the rest of Europe, which prevents them from benefiting from the possibility of increasing supply sources and the advantages of competition .

The EU is not opposed - on the contrary, it encourages them - to build interconnections between the member countries to improve the permeability of the internal market in the field of energy and to make better use of surpluses from renewable energies and is aware of the specific situation of the Iberian Peninsula, as reflected in the Council's conclusions document in which it "calls for the completion and improvement of the interconnection of the European gas and electricity networks through investment and the completion of infrastructures for new and existing projects, including the LNG and future-proof gas-to-hydrogen and electricity interconnections across the European Union, including island member states. And in the production of renewables, including, based on the next analysis of the regulators and the current geopolitical context, taking advantage of the potential of the Iberian Peninsula to contribute to the security of supply of the EU». However, it does not refer to European funding, which is the condition that Sánchez has set to carry it out.

1 The English Court closes the centers of La Vaguada... 2 A motorist dies after colliding with a trailer on... 3 The 'punctures' to a network that exploited... 4 The 'Forgotten Battle' returns to Abánades... 5 At least one dead and two injured in a shooting at... 6 The nine Spartans of Albacete Basket 7 The city council approves the creation of the first... 8 Alcalá de Henares reforms the Renfe station, which... 9 Pride Madrid 2022: The massive march returns with... 10 The Canal Theaters present their season for 'omnivores' 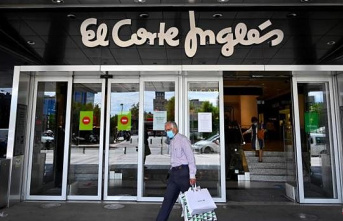 The English Court closes the centers of La Vaguada...